This opinion piece first appeared in the American Thinker.

As the country’s electorate focuses on the Roseburg shootings, three very important items leaked onto the news wires on Thursday that deserve broad, nationwide attention.


Sadly, I am not referring to the drip, drip, drip of Hillary’s emails, the deaths of our service members in a plane crash in Afghanistan, or the attack by a Palestinian terrorist who murdered the parents of four young children.

I awoke to a breaking story in Politico with the headline “Exclusive: Obama brushed off Reid’s plea on Palestinian State.” From that story we learn:

Both times, Obama did nothing.

While this would be unprecedented, so would abstaining from, rather than vetoing, a U.N. resolution condemning the United States for its embargo on Cuba. But that is exactly what the administration is threatening to do. This is arguably treasonous, given that Obama swore to uphold the Constitution and enforce the laws of the country, but given the fact that he has not been impeached for all of his other unconstitutional offenses to date, what does he have to lose by screwing over our most important ally in the Mideast?

Shortly after reading the Politico article, I turned my attention to watching Bibi Netanyahu’s much awaited speech before the U.N. General Assembly. Noticeably absent was the United States’ U.N. ambassador, Samantha Power, and Secretary of State John Kerry, both of whom were in New York City for the UNGA events this week. Later in the day Breitbart broke the story with the headline “Obama Pulled John Kerry and Samantha Power from Netanyahu UN Speech.”

“Ambassador Power and Secretary Kerry were unable to attend Israeli Prime Minister Netanyahu’s speech before the General Assembly because they were called into a meeting with President Obama, which they participated in via video teleconference,” a State Department Official told Breitbart News.

Is it possible for our president to get even smaller with his vindictive, childish, and unpresidential treatment of Israel’s prime minister? Presumably he decided that pulling our ambassador and SOS would destroy any credibility that Bibi had and detract from his compelling message. And sadly, this is not the first time that Obama has spit in Netanyahu’s face; unquestionably, it will not be the last. But watching Bibi’s speech, it was clear that the only grown-up in the room, the only hero in these first decades of the 21st century, the only world leader history will look back upon without shame and condemnation is Israel’s prime minister.

Finally, despite thinking that things could not get worse, someone sent me an article with the following headline: “Argentine President: Obama Administration Tried To Convince Us to Give Iran Nuclear Fuel.”

Kirchner said that two years into Obama’s first term, his administration sent Gary Samore, former White House Coordinator for Arms Control and Weapons of Mass Destruction, to Argentina to persuade the nation to provide Iran with nuclear fuel, which is a key component of nuclear weapons.

There is no doubt that the White House will deny this accusation. In fact, Kirchner stated that when she asked Samore to put his request in writing, “he disappeared” – so there is no smoking gun. But given what we have learned about Obama’s outreach to the Iranians from his first moments in office in 2009 and his capitulations throughout the Iran deal negotiations, this story is more than plausible, although lord knows what he was thinking. 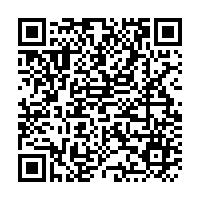