Shaving one’s beard with a razor is forbidden. However, it is permitted to cut it with scissors or apply chemicals that burn it off (Shulchan Aruch, Y.D. 181:10). The Rambam (Avoda Zara 12:6) rules that the same is true regarding pei’os. The Rosh (Makkos 3:2, 3) argues that pei’os may not be cut close to the skin, even with scissors or chemicals. Some poskim interpret the Rosh as saying that one must leave one’s pei’os long enough so that the tip of each hair can be bent back to touch its root (see Kerem Shlomo, on Shulchan Aruch, ibid).

Rabbi Akiva Eiger (gloss on Shavuos, 2b, cited in Teshuvos Chasam Sofer Y.D. 139) discusses the common practice of combing one’s pei’os, which often uproots hairs. According to the Rosh, this practice might be forbidden. We learn in our sugya that a nazir may not comb his hair since doing so is considered cutting. The same rule should theoretically apply to pei’os.

However, the Chasam Sofer concludes that the comparison is accurate. The prohibition against shaving one’s pei’os is based on the words “do not round the corners of your head” (Vayikra 19:27). That means that one must not make the hair above one’s ears as smooth as one’s forehead – no matter how one does so (e.g., by using a comb).

Nevertheless, the Chasam Sofer notes that none of the distinguished Torah scholars he knew ever refrained from combing their pei’os, including his own revered rebbe, Rabbu Nosson Adler, zt”l. He notes that the Mishnah prohibits a nazir from combing his hair, but says nothing about combing pei’os. This omission would seem to imply that doing so is permitted.

The Chasam Sofer notes the Rambam’s opinion that one must leave at least 40 hairs for one’s pei’os. Accordingly, there is no basis for Rabbi Akiva Eiger’s comparison. Even if hairs are torn out while combing, at least 40 will remain. Even if less than 40 remain, only a rabbinic prohibition is transgressed, since according to Torah law two hairs are enough and it was only the Sages who required 40. Also, when combing one’s hair, one intends that the hair become straight, not that it falls out. True, it is a psik reisha (an inevitable outcome), but rabbinic prohibitions apply only to deliberate actions, not to psik reisha actions (except in regards to the laws of Shabbos – see Teshuvos Chasam Sofer 140).

Some poskim disagree with the Rambam’s ruling that 40 hairs are enough. They maintain that shaving pei’os is forbidden, no matter how many hairs remain. The Shulchan Aruch follows their opinion (Y.D. 181:9). Nevertheless, in this case we can be lenient, relying on the opinion that 40 hairs are enough in addition to the opinion stated above that only shaving is forbidden while other means of removing hair are permitted. 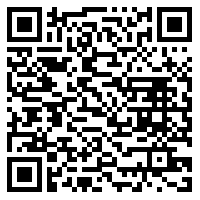