In an article for Israel National News by Elad Benari, we read:

Speaking Sunday to CNN, Clinton vowed to support Israel but also said she would insist on the “two-state solution”, that is the formation of a Palestinian state, in order to bring an end to the conflict.

I believe that we have seen this movie before and it does not end well.

In fact, I am pretty sure that we have seen it over and over and over again since Yitzak Rabin stood on the White House lawn shaking the hand of our friend Yassir Arafat as President of the United States, Bill Clinton, smiled aglow nearby.

Hillary Clinton will likely continue the counter-productive anti-Jewish / anti-Israel Oslo-policies of Barack Obama and who, as Obama’s Secretary of State, threatened and browbeat the Jews of Israel on behalf of their Palestinian-Arab enemies. They did so, and do so, while claiming to be “friends” of the Jewish people and the Jewish State of Israel.

This, unfortunately, is false.

Carter welcomed the ayatollahs to prominence and, to this day, likes to visit his friends in Hamas. Obama simply moved the United States aside, thereby enabling a muscular Iran, with a recent influx of 100 billion dollars, to develop its nuclear program undisturbed as it expands its presence throughout the Middle East and continues its violent operations against Jews and proxi-war against Sunni Arabs in that part of the world.

This has, not surprisingly, fomented a growing strategic relationship – if not alliance – between Israel and some of the Sunni Arab states, such as Jordan, Egypt, and Saudi Arabia, in opposition to both a nuclear Iran and a US-EU-Iranian strategic and economic partnership.

It should also be remembered that it was Hillary Clinton who flew to Cairo to ensure a smooth transition into power of the Muslim Brotherhood, even as that organization – the parent of both Hamas and Qaeda – called for the conquest of Jerusalem. It was also Hillary Clinton, at the behest of the Obama administration, that flew to Jerusalem at the start of the Operation Protective Edge to protect Palestinian-Arabs from the foreseeable consequences of their attempts to kill Jews, via rocket-fire, from the Gaza Strip.

I also believe the Palestinians deserve to have a state of their own. That’s why I support a two-state solution.

This is a strange argument and one that we have heard many times before.

The genocidal anti-Semitic Palestinian-Arabs deserve a state, while the peaceful and civilized Tibetan-Buddhists apparently do not. The Kurds are fighters and an oppressed minority throughout that part of the world, but apparently they do not deserve a state, either. Only the Pal-Arabs deserve a state, although one is left to wonder just what their contribution to humanity has been that they “deserve” to control a Judenrein Arab state among the 22 other largely Jew-free and hostile Arab states in the Middle East?

The “Palestinians” did not even have a self-conscious national identity until shortly before the Beatles broke up.

I happen to think that moving toward a two-state solution, trying to provide more support for the aspirations of the Palestinian people is in the long-term best interests of Israel, as well as the region, and, of course, the people themselves.

Should it not be painfully obvious by now that the aspirations of the Palestinian-Arabs is not for two states living side-by-side in peace next to one another? They have refused every single offer since the Peel Commission of 1937, they name sports stadiums and boulevards after the murderers of innocent Jews, and they have trained a whole generation of their children to believe that chopping off the heads of Jewish toddlers, or stabbing old men in the streets with scissors, is beloved in the sight of Allah.

The only question that I have, in the fairly likely event of a Hillary presidency, is will she be more, or less, hostile toward Israel than Barack Obama? I do not know the answer to that question, but given her advisers I would I would not put much faith in a Hillary presidency.

She is a creature of Oslo.

She is riding a dead horse, and it will be the Israelis – both Jewish and Arab, between the River and the Sea – that will pay the price. 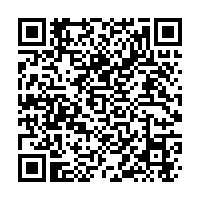