I tried to watch That Man, I really did, but after five minutes I had to walk out of the room.


He lost me when he referred to ISIS as ISIL, thus undercutting their view of themselves as a routinely Islamist imperialist venture which views not only Iraq and Syria as part of their future “Caliphate,” but one which includes Lebanon, Jordan, Israel, and the disputed Palestinian territories—and perhaps Saudi Arabia and the Gulf Emirates–as theirs to command.

He lost me when he said—he actually said—that “ISIL is not Islamic. No religion condones the killing of innocents and the vast majority of ISIL’s victims have been Muslims.”

ISIS is most definitely “Islamic” as is the far-from-defeated Al-Qaeda, Hamas, the Muslim Brotherhood, Al-Shabab, Hezbollah, and the Pakistani and Afghan Talibans, to name only a few such terrorist groups—all non-state actors, most funded by states.

Does President Obama really believe that America must still curry favor with “the Islamic world” by saying that ISIS is not “Islamic?” Does the man not know that, on his watch, America has lost the trust of every Arab and Muslim country?

Does this man not know anything about Islamic history? Of course, the majority of ISIS’s victims have been Muslims; the Sunni-Shiia religious split and civil war among Muslims has been the overriding story of Islam for countless centuries.

Why did President Obama mention other “religious minorities” (that means Christians, Yazidis) second? Why did he minimize their persecution and near-extermination by counting their losses as (only) in the “tens of thousands”? If there are currently fewer Christians and Yazidis, not to mention Kurds, in the cross-fire, (let’s not forget the Christians of Lebanon or Egypt at the hands of Hezbollah and the Muslim Brotherhood), it is only because those who could, fled long ago or were just forced to flee and now swell the ranks of refugees living on the edge, far, far greater in number than the poster-children among refugees, the Palestinians.

This man does not mention Israel or Jews or the fact that the Arab Middle East has been “judenrein” for a very long time. President Obama did not take this opportunity to bring Israel into the fold nor did he mention Iran, Qatar, or Turkey as primary funders of the very Islamic terrorism which is currently raging in the region and which is not confined to ISIS alone.

Obama certainly did not take this opportunity to point out that Hamas is no different from ISIS and that it has most recently conducted a campaign of terror against civilian Israelis; that the Israelis, acting strictly in self-defense, did not target civilians but on the contrary, targeted mainly adult male combatants. Even Egypt, Jordan, and Saudi Arabia have made a tactical and probably temporary alliance with Israel.

America, under Obama, still refuses to do so.

ISIS is not America’s only problem nor is it the only Islamic group in the world that is terrorizing Christians or which desires to destroy the West and democracy. Think of Boko Haram in Nigeria; think of the Sudanese government which jailed and wished to execute Maryam Yahya Ibrahim because she dared to remain Christian; think of the Muslims—yes Muslims–who have been invading Hindu India, appropriating property, kidnapping Hindu girls and women, raping them, converting them by the sword, and then either marrying them or selling them into the sex trade.

I could go on. My point has been made

But one more thing. Speaking as a psychologist: President Obama’s heart was not in what he said. He spoke dully, monotonously, without the charisma and passion for which he has been lauded. He read the words on the teleprompter but these words did not express him, as he would like to see himself: the Loved One, the Messenger of Peace. 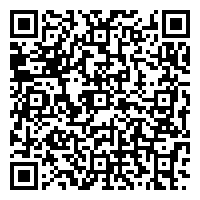