Democratic presidential frontrunner Senator Barack Obama wants the best of both political worlds, claiming to disagree with while refusing to sever ties to his pastor and (as Obama calls him) “uncle” – the unrepentant anti-U.S., anti-Israel, anti-white Rev. Jeremiah Wright.

Such maneuvering, of course, conflicts with Obama’s claim of being a “unifier.” But there are many other reasons to call out Obama for not practicing the progressive ideology he claims to champion.

The Random House Unabridged Dictionary (2006) defines “progressive” as “favoring or advocating progress, change, improvement, or reform, as opposed to wishing to maintain things as they are; making progress toward better conditions; employing or advocating more enlightened or liberal ideas.” Similar meanings abound, but you get the picture.

The Obama campaign mantra, “Our time for change has come,” rings hollow on a number of issues. Here are four examples:

Iraq: Obama’s opposition to President Bush’s toppling of Saddam Hussein would seem to contradict the aforementioned definition of “making progress toward better conditions,” because permitting Saddam to continue his destructive behavior would not – by anyone’s measure – have led to the fulfillment of “enlightened or liberal ideas.”

If Obama had his way, Saddam Hussein would still be murdering countless innocents in his own country and scores of others – via funding of terrorist operations, among other methods – outside of Iraq.

Human Rights: At an antiwar rally in Chicago on October 26, 2002, Obama said his opposition to America’s involvement in Iraq (the U.S. invasion was still months away) was because it is “a dumb war. A rash war. A war based not on reason but on passion, not on principle but on politics.”

While he’s entitled to his view, Obama’s next few remarks actually make the case for toppling Saddam:

Now let me be clear – I suffer no illusions about Saddam Hussein. He is a brutal man. A ruthless man. A man who butchers his own people to secure his own power. He has repeatedly defied UN resolutions, thwarted UN inspection teams, developed chemical and biological weapons, and coveted nuclear capacity. He’s a bad guy. The world, and the Iraqi people, would be better off without him. [Emphasis added]

Like his far-left brethren, Obama would have allowed this “man who butchers his own people” to persist in doing so rather than end this clear violation of the Iraqi people’s human rights.

War on Terror: In an August 1, 2007 address on national security at the Woodrow Wilson Center for Scholars in Washington, Obama declared, “When I am president we will wage the war that has to be won, with a comprehensive strategy with five elements.” Among those elements were “developing the capabilities and partnerships we need to take out the terrorists and the world’s most deadly weapons” and “engaging the world to dry up support for terror and extremism.”

But on November 10 of last year, speaking in Des Moines, Iowa, Obama said, “When I am this party’s nominee, my opponent will not be able to say … that I supported Bush-Cheney policies of not talking to leaders that we don’t like.”

Even if one were willing to foolishly tolerate Obama’s naiveté regarding any realistic possibility of improving the behavior of “leaders that we don’t like” through dialogue, is the hypocrisy of those latter statements not crystal clear?

These proclamations raise the following question: Since “leaders that we don’t like” presumably include among them terrorists or terrorist supporters (i.e. Iran’s Ahmadinejad, Hamas’s Meshaal and Haniyeh, North Korea’s Kim Jong Il, etc.), how can Obama credibly talk to them at the same time he is looking to “take” them “out,” develop “the capabilities and partnerships we need to take out the … world’s most deadly weapons” and make an attempt “to dry up support for terror and extremism?”

Will Obama take out these terrorists and dry up their support during or after his negotiations with them?

Political Establishment Support: Obama, like any candidate for elective office on any governmental level, has every right to accept the endorsement of anyone he believes will enhance his prospects for victory. That being said, how can Obama claim to be the “agent for change” when a number of his Senate Democrat supporters – among numerous other Beltway mainstays – have served in that body during scores of congressional terms dominated by status quo gridlock? 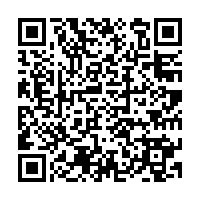