Conflicts between the religious needs of minorities and those of the rest of society always have the potential to take a reasoned debate off the tracks.

That’s what happened when the otherwise trivial question of the hours of operation of a gym on Harvard University’s campus become a major cause célèbre.


The dispute centers on the request of six female Muslim Harvard students. Speaking with the support of the Harvard College Women’s Center, they point out that since their faith forbids them from wearing revealing clothing in the presence of men, the school ought to provide “women only” hours at one of its gymnasiums where they can work out in comfort.

The university responded positively, and since Feb. 4, no men have been allowed in the Quadrangle Recreational Athletic for sessions amounting to six hours per week.

Given the fact that this is but one of a number of such facilities on campus, and the hours set aside are but a fraction of the total available to everyone, the school probably assumed the concession was not a big deal.

If so, they were dead wrong.

The decision to exclude men from the gym has set off a furious debate not only at Harvard but also on the editorial pages of many of America’s leading newspapers.

Adding fuel to the fire was Harvard’s decision to allow the Muslim call to prayer to be broadcast across the campus from the steps of the main library during the recent “Islam Awareness Week.”

Harvard computer-science professor Harry Lewis wrote in The Boston Globe that the university was being hypocritical since it upheld gender equality under other circumstances, but decided that Islam’s needs trumped other values. Moreover, he added, the school’s refusal to allow the military’s ROTC program on campus showed that its devotion to diversity (which Harvard claimed was at stake) was subject to exceptions based on the political popularity of the group in question.

On the other side of the debate, Washington Post columnist Ruth Marcus answered that “it’s reasonable to set aside a few off-peak hours at one of Harvard’s many gyms.” Identifying herself “as a member of another minority religion, Judaism,” she added that “it’s not offensive to have the call to prayer echoing across Harvard Yard, any more than it is to ring church bells or erect a giant menorah there.”

But is this just a reasonable accommodation to a few without damage to everyone else?

The answer is that there are limits to what a minority faith can expect in the way of accommodation.

Marcus herself cites the 1998 case of the “Yale 5,” a small group of Orthodox Jews who insisted that they could not conform to the school’s rules, which demanded that they live in one of the co-ed dorms on campus.

As one who reported on that story at the time, I remember well how that case generated support from conservatives around the country, who perceived the Jewish students as defending traditional values against immoral academia.

But the “Yale 5” lost their case because it was understood that if their sensibilities were offended by what they imagined might be going on in their classmate’s rooms, then they could get an education elsewhere.

The principle at Harvard is the same. The law can require reasonable accommodations for minorities, but reasonable does not mean that the rest of society need alter its values to satisfy the convenience of the few.

It would be unthinkable that public schools here demand, as they have in France, that Muslim girls take off their headscarves or Jewish boys their kipot in order to sit in class. But the Harvard decision is akin to a decision to mandate those girls their own female-only classrooms.

In those cases where institutions do rightly accommodate minorities, such as the provision of cafeterias where kosher and halal food can be obtained, as is the case at Harvard and many other schools, the accommodation does not exclude people since anyone can elect to eat a kosher sandwich.

Likewise, the passive exhibit of a menorah on Harvard Square or the sound of a bell is very different thing from authorizing a call to prayer, whose translation amounts to a public proclamation that all non-Muslim faiths are false. The public square need not, as rabid separationists demand, be rendered naked of faith. But it is another thing entirely to provide a minority a beachhead from which it may seek to delegitimize everyone else. 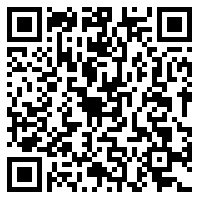