Ever since a light bulb went off in Yasir Arafat’s head and the idea of a Palestinian people was born, Israel has become known to the world as an “occupier.” The narrative of occupation, despite being a complete fiction, has turned the founding of modern Israel from a miraculous story of Jewish rebirth into a sordid genocidal project.

Language serves as one of the Palestinians’ (I use the term for convenience only) chief weapons in their war against the Jews.  The word “occupation” is supposed to conjure images of an arrogant colonial power, hungry to amass land and wealth regardless of who might be trampled upon like scrambling insects.  It paints in black and white:  one party as perpetrator, the other as victim.


Interesting, then, that the hordes of squatters who have, since September, been camped out in Zuccotti Park at the bottom of Manhattan have chosen to call themselves “occupiers.”  The Occupy Wall Street movement portrays itself as representing the victims in this country’s economic downturn, the poor grasshoppers whose rights and interests got squeezed out in the government’s bailout of big financial institutions.  (The gripe about the bailout is but one item on their motley list of grievances, and one of the only coherent ones.)

To me it seems clear that the makeup of the OWS crowd is overwhelmingly liberal, lefty, even a smattering socialist. The same elements who are the first to criticize Israel for every move it makes, to demonize the Jewish state and its supporters and swallow every lie that comes out of the Palestinian propaganda mill, are now raging against the American capitalist machine.

Thus, I find it curious that the protesters adopted for their movement the same pejorative terminology used against Israel.

Any connection here?  I doubt that Israel or the Palestinians were on the protesters’ minds when they hatched their ragtag operation.  Not consciously, anyway.

But I think there’s a notable irony.

This movement is grounded in an entitlement mentality that promotes self-pity above self-sacrifice.  The attitude is: We’ll stay as long as we like, we’ll appropriate the space and resources we need, and we’ll conflate activism with proactivity.

There are many things wrong with OWS—a lack of clear goals, a unified voice, a determinable endpoint, a hodgepodge of complaints as loosely related as Obama is to the pope. But what stands out most, and especially rankles me as a resident of lower Manhattan, is the utter disregard for the rights of others whose daily lives, routines, quality of life, and even livelihoods have been upset for nearly two months.

Police barricades, as well as offensive odors, require pedestrians (not to mention motorists, who are already under assault in Bloomberg’s New York) to reroute themselves, or avoid the area altogether. The already strained NYPD and FDNY, which have suffered diminishing ranks as their budgets continue to shrink, have had to allocate their scarce resources toward protecting the protesters and maintaining some semblance of order and safety in the area.  And local businesses have suffered severe downturns.  The months-old Milk Street Café, a huge, upscale kosher eatery that was drawing both kosher and non-kosher crowds, has already laid off more than 20 employees, and its owner has said he may have to close.

Just last week in Oakland, riot police arrested dozens of demonstrators who had started a fire on a downtown street and threw chunks of concrete and metal pipes – this after the group had managed to shut down the nation’s fifth busiest port. Even right here in New York, over 800 people have been arrested, most on charges of disorderly conduct. 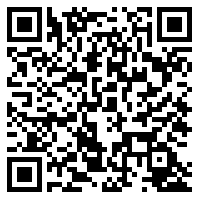