Reading a recent article in the Sunday New York Times, I was struck by its take on what President Obama’s been doing in the waning days of his presidency as the transition to his successor proceeds.

As one would expect, the view from midtown Manhattan is that it’s just fine for the current president to ram through a bevy of items consistent with his agenda and fix them in place in ways that will be difficult for the next president to unravel.

Times writer Michael Shear even argues that George W. Bush did the same when he negotiated an agreement with then-Iraqi Prime Minister Nouri al Maliki:

“In mid-December 2008,” Shear writes, “President George W. Bush signed a multiyear status-of-forces agreement with Prime Minister Nouri al-Maliki of Iraq that called for all U.S. troops to be out of Iraq by the end of 2011. Concerns about security and instability in Iraq in 2011 led the Obama administration into talks with Iraqi leaders to leave some U.S. forces beyond the deadline, but the negotiations broke down and Obama ended up following the timeline he had inherited from Bush.”

Moreover, this analogy completely disregards the fact that the Obama administration subsequently treated the tough negotiating position adopted by the Iraqi government, in response to Obama’s half-hearted attempts to complete the process Bush had begun, as an opportunity to just walk away. And that, of course, is what the administration did, giving us growing instability and the rise of the Islamic State in the vacuum left behind in Iraq.

Shear’s account further disregards the pressure at home the outgoing Bush administration was under to demonstrate to the American public, and the world, that our Iraqi presence was not an indefinite one, that we had not invaded to take Iraq over for ourselves.

Looking for something to justify Obama’s unprecedented series of executive actions to lock into place his own policy agenda, even in the face of its rejection by the voters (Trump won the electoral college, after all), Shear essentially latched onto what might well be the most feeble analogy imaginable.

Referring to the Bush-negotiated status of forces agreement with Iraq that Obama failed to complete, Shear tries to draw the analogy more tightly by comparing it to Obama’s decision on the recent UN Security Council Resolution to delegitimize Israel’s presence on the West Bank:

Actually, there is nothing similar about the two actions. And why shouldn’t conservatives react badly to such a move, given its remarkable break with longstanding bipartisan American tradition vis-a-vis protecting Israel from the harm of one-sided resolutions?

In fact, unlike Bush with the status of forces agreement, Obama was under no obligation to allow passage of the resolution, let alone act through his State Department behind the scenes to facilitate it. In fact, Obama did what he did because he agreed with the resolution, as John Kerry’s subsequent farewell speech to State Department employees, broadcast nationally, made clear.

As with several other late-term orders, Obama refused to veto UN Resolution 2334 in the interest of pursuing his policy agenda – an agenda that had been rejected in an election that handed Donald Trump the presidency.

In the view of people like Shear, nothing, it seems, is barred to progressives if the end they desire comports with their views. They will twist themselves, and the rest of us, if need be, into knots to defend such actions.

Conservatism, in the eyes of progressives, is tantamount to a kind of heathenism in the church of the nation’s political life. Anything done to block or undermine its objectives is OK, although heaven help the conservative who might deign to go down a similar path.

It is, in fact, simply inarguable that no president in memory has been so willful about his agenda as Obama has, or so willing to tie the hands – or try to – of the person voters have chosen to succeed him. Did Truman work to prevent Eisenhower from implementing his agenda when he took office? Did Eisenhower do that with Kennedy, or did Johnson, a famously vindictive politician, do it with Nixon, a man he abhorred?

Nor did Ford do it to Carter or Carter to Reagan. All accepted the will of the people and made way for a new president and a new agenda. So did the elder Bush, as his successor has long acknowledged, and the younger Bush did it for Obama.

If the country as a whole had wanted Obama 2.0 it had every opportunity to achieve that by electing Hillary Clinton. But it didn’t –despite Trump’s historically high negatives.

Yet the political left remains convinced that Obama is on solid ground in doing whatever he can to make it harder for the incoming Trump administration to do what it was elected to do.

As the incoming president would say (or tweet) – if he hasn’t already – “so sad.” But of course it’s worse than sad. It’s another strike at longstanding American governing traditions. This is the sort of thing that, once tossed away, can be very, very hard to reclaim. 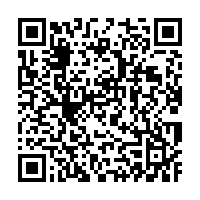