For the first time in many years, the White House on Thursday released a statement regarding Jewish settlements in Judea and Samaria without the adjectives “illegal” or “illegitimate” next to the word “settlements.”

While not 100 percent perfect — a policy of benign neglect would be best — it is clearly a complete turnaround from previous administration positions, particularly former-President Obama’s “not one brick anywhere” policy, including Jerusalem.

The White House
Office of the Press Secretary
For Immediate Release

Statement by the Press Secretary

“The American desire for peace between the Israelis and the Palestinians has remained unchanged for 50 years. While we don’t believe the existence of settlements is an impediment to peace, the construction of new settlements or the expansion of existing settlements beyond their current borders may not be helpful in achieving that goal. As the President has expressed many times, he hopes to achieve peace throughout the Middle East region. The Trump administration has not taken an official position on settlement activity and looks forward to continuing discussions, including with Prime Minister Netanyahu when he visits with President Trump later this month.”


In other words, what began a few months ago as a video of Prime Minister Benjamin Netanyahu asking why should having Jews living in Judea and Samaria be considered an impediment to peace – is now US foreign policy.

In addition to the biggest item of recognizing the legitimacy of the settlements, by omitting the words “illegal” and “illegitimate,” the statement actually declares, for all the world to see: “We don’t believe the existence of settlements is an impediment to peace.”

It should be noted that even that one seemingly negative-note in the Trump statement against new settlements or expansion isn’t exactly that:

“the expansion of existing settlements beyond their current borders may not be helpful in achieving that goal.”

First of all, the statement gives implicit approval to construction within existing settlements, and not just to communities within the settlement blocs (i.e. Gush Etzion, Ariel, etc), but rather to all settlements. This is a much wider definition, and includes many smaller Jewish communities that exist outside of the blocs, representing some 80,000 Jews.

Not to name names, but that’s more settlement legitimacy than what even some members of Netanyahu’s cabinet recognize.

Furthermore, it doesn’t actually forbid or rebuke Israel if it does build a new settlement or expand beyond the borders of an existing one. The White House statement merely questions if it is helpful to achieving peace, and leaves that question open for further discussion.

The other glaring omission in the Trump White House statement is the term “two-state solution,” so beloved by every Administration since the 1993 Oslo Accords. Why, only last Wednesday, the new, relatively pro-Israel UN Secretary-General, Antonio Guterres, had his spokesperson release a statement saying that,

“the recent announcement by the Israeli Government to advance 5,000 settlement units in the occupied West Bank could […] threaten to unravel plans for a two-State solution between Israelis and Palestinians. […] We once again warn against any unilateral actions that can be an obstacle to a negotiated two-state solution.”

Having praised the Trump statement so much, it’s also easy to realize that there must be some conflict within the Administration over the settlements issue, with one faction obviously pushing the traditional State Department line.

Rumor has it that the White House statement was released not so much as a response to Netanyahu’s recent settlement construction announcements, but in response to an unauthorized leak from within the Administration to the Jerusalem Post, which the latter reported Thursday:

“The White House warned Israel on Thursday to cease settlement announcements that are ‘unilateral’ and ‘undermining’ of President Donald Trump’s effort to forge Middle East peace, a senior administration official told The Jerusalem Post. For the first time, the administration confirmed that Trump is committed to a comprehensive two-state solution to the Israeli- Palestinian conflict negotiated between the parties.”

The official White House statement thoroughly rejects the JPost’s quote, craftily eliminating both concerns: Trump is not committed to a two-state solution, and he does not consider the settlements an obstacle to peace.

Indeed, the White House statement acknowledges the value and validity of the Israeli PM in forging US foreign policy:

“The Trump administration has not taken an official position on settlement activity and looks forward to continuing discussions, including with Prime Minister Netanyahu when he visits with President Trump later this month.”

This is tantamount to an Obama statement saying: “The Obama administration will decide on the Iran nuclear deal after continued discussions with Prime Minister Netanyahu when he visits to speak to Congress on March 3, 2015.” Yes, that’s how impossibly big this statement is.

It is now entirely up to Prime Minister Netanyahu.

Will Netanyahu have what it takes to change forever Israel’s future? Will he take full advantage of Trump’s invitation to help forge US foreign policy in a way that bolsters the Zionist vision? Will he step back from his Bar Ilan speech, and return to his former, maximalist positions?

From the White House statement it appears that the ball is completely in Netanyahu’s court. 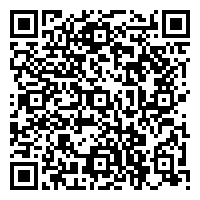