Sharia; Women’s Rights:  The Pew Research Center survey of Muslims (April 2013) and December 2015 report found that huge majorities (71% to 91%) of Muslims in Iraq, the Palestinian territories (“PA”), Morocco, Egypt, Jordan and Pakistan supported making Sharia the official law of the land.  Sharia law oppresses women:  women are subservient to their husbands or male guardians, require male permission to work or even leave the house, have lesser inheritance rights and virtually no marital property rights, and may be subjected to wife beating and polygamy.  Among those who say that Sharia should be the law of the land, high percentages (58% to 89% in the above countries) also favor stoning as a punishment for adultery.   An overwhelming majority of Middle Eastern Muslims (85% to 92%) agreed or mostly agreed that a wife must always obey her husband, and 41% to 48% stated that polygamy is morally acceptable.


Honor killings/Abortion:  The 2013 Pew survey found that low percentages in these Mideast countries (22% to 45%) said that “honor killings” are never justified to punish a women accused of having pre-marital or extra-marital sex. Only 14% to 34% would accord a wife the right to divorce her husband.   Virtually no one (0% to 2%) said that abortion was acceptable.

Converts:  Alarmingly high percentages (66% to 92%) of those who said Sharia should be the law of the land also favor the death penalty for persons who convert from Islam to another religion.

Suicide Bombing:  The June 2016 Palestinian Center for Policy and Survey Research poll found that 65% of Muslims in the Palestinian territories (and 76% of those aged 18-22) supported the April 2016 Jerusalem bus bombing attack which injured over 20 Israelis.

The Pew 2013 survey also found that significant percentages of Middle Eastern Muslims agree that suicide bombing can be justified.   A whopping 74% of Muslims in the Palestinian territories support suicide bombing often, sometimes or rarely – with “often” getting the most (37%) responses.  In Egypt and Jordan, the percentages were 53% and 57%.   Moreover, Pew surveys in 2006 and 2007 reveal that these percentages of young Muslims (age 18-29 – a key group) justify suicide bombings:  U.S.: 26%; Great Britain: 35%; France: 42%; Germany: 22%; and Spain: 29%.

Anti-Semitism:  The 2010 Pew Global Attitudes survey of religious groups’ views found that in predominantly Muslim nations surveyed, views of Jews were largely unfavorable.   (In the PA, Jordan, Lebanon and Egypt, 95% to 98% viewed Jews unfavorably.  Moreover, a 2015 ISGAP review of surveys from nine European countries, with more than 40,000 participants, revealed that anti-Semitism levels were significantly higher among European Muslims than among non-Muslims, and that anti-Semitic attitudes increased with Muslim religiosity.  For instance, a 2008 six-country Ruud-Koopmans study found that the percentages agreeing with an anti-Semitic statement were: 7% to 10% of Christians; 20% (over twice as many) of “not very religious Muslims”; 30% of “very religions non-fundamentalist” Muslims; and a whopping 70% of “very religions, fundamentalist Muslims.”

Anti-Christian:  In the 2010 Pew survey, sizeable numbers in predominantly Muslim nations also expressed negative attitudes towards Christians (61% in Pakistan; 49% in Egypt, 43% in the Palestinian territories).

Support and Sympathy for Terrorist Groups:

An Arab Center for Research and Policy Studies (ACRPS) poll of 5,100 respondents in seven Arab countries including 900 Syrian refugees in November 2015 found that positive views of ISIS were held by 13% of Syrian refugees, 19% of Jordanians, 20% of Saudis, and 24% of Muslims in the Palestinian territories.

According to a 2007 poll cited in Daniel Greenfield’s “Opposing Syrian Muslim Refugees is a Jewish Value,” a staggering 77% of Syrians support Hamas – a terrorist organization whose stated mission is murdering every Jew.   Also, the Pew 2013 survey found that favorable views of Hamas were held by 48% of Muslims in Egypt and the PA; 43% of Jordanian Muslims; and 62% of Lebanese Shia Muslims, and that favorable views of al Qaeda were held by 35% in the Palestinian territories; 13% in Pakistan and Jordan; and 20% in Egypt; and that significant numbers also held favorable views of Hezbollah.

These troubling statistics on Muslim attitudes help explain relentless avalanche of terrorist attacks perpetrated by Muslims. We must urge both secular and religious Muslim leaders to strongly condemn these attitudes and urge a reformation of Islam. 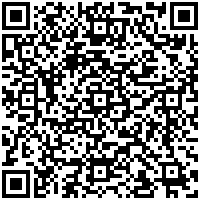