My brother once compared his first time wearing tefillin to the imagined experience of wearing armor. The description seemed obvious in retrospect and profound in the moment; my brother had been moved by the physicality of the tefillin, and as a result of that experience derived a powerful insight into what tefillin can – or possibly should – mean to the wearer.

His insight was particularly striking in light of the time and depth which is invested into ensuring that a pre-bar mitzvah aged boy is prepared to wear tefillin. I imagine most nearly-13 year old boys have the experience I had rather than my brother’s. My bar mitzvah education taught me to focus on performing the mitzvah with precision, such that it gave me no room to connect to the experience on any level other than the technical. My brother, however, had let the mitzvah do the work.


We live in a time when we have greater access to Jewish learning than in any previous generation. As a result, it’s natural that Jews of our era expect that intent, preparation, and understanding are critical pieces of performing mitzvot. We know so much more, and therefore we feel like we must know so much more in order to properly serve G-d. The problem is that determining what we must know and think before we perform our service can restrict our ability to connect with G-d through His commandments.

What would our experience of the mitzvot be if we did not believe that it was important to comprehensively understand the mitzvah before doing the mitzvah?

I draw your attention to a mitzvah that is arguably all experience and no intent. The week before last we read the Torah portion of Beha’alotecha. It contains the well-known verse of “Vayehi bin’soah ha’aron – and it was as the Ark decamped,” notoriously surrounded by two inverted nuns. The verse itself, as signaled by the nuns, is of such import that R’ Yehudah HaNasi described the section as being the equivalent of a separate sefer [of Torah] in itself.” In addition to R’ Yehudah’s comment, there are significant conversations in the Talmud and among Rishonim regarding the placement of the verses and their meaning.

We also say “Vayehi bin’soah ha’aron” every time we open the aron to collect, and then read from, the Torah. And I imagine that, of those who regularly say that verse, and despite the verse’s apparent significance, few are aware of, or are focused on, the meaning of the verse at the moment it is said. The plain fact is that there is generally too much to see and do when the Torah is removed. The praying person likely will not have sufficient time to concentrate on the pasuk’s import during its recital.

My comment is not an indictment. I would argue that it is perfectly acceptable to lack intent while reading the prayer and opening the Ark. I argue so because I also believe that – even absent intent – nearly all of us have at least some emotional response to the pasuk. We are standing up, we’ve just finished Shacharis, the aron is open, the chazan is singing; there is action and, therefore, there is feeling. We also experience the alliterative effects of the words in the pasuk in partnership with the associated movement. We say “aron” and we see an aron. We say “kuma” and we stand. We say “va’yanusu” and the chazan will walk. The words and action together create a sense-memory experience, one in which we ultimately feel the things we are probably supposed to feel at the moment of transition to reading from the Torah – despite the absence of intent.

This is a small example of how powerful it can be to give ourselves space and permission to experience mitzvot on their own terms before deciding what it is we need to know, think, or understand about them.

To be clear, my argument is not anti-knowledge, not anti-preparation, and not anti-intent. These are all necessary and requisite facets of performing G-d’s service. I argue only against pre-determining the meaning of a mitzvah without ever giving the mitzvah the opportunity to tell you how its service should feel. Nearly all commandments involve a physical component: a thing you do, or wear, or touch, or see. It is therefore right and reasonable to assume that G-d wants the experience of the physical action to inform and enhance our practice of Judaism.

This argument for experience is not my own, of course. I learned it from my grandfather, Rabbi Maurice Lamm, who is best known for having authored The Jewish Way in Death and Mourning. I have shared the privilege and pain of being present at many houses of mourning, and nearly all contained a dog-eared copy of the book. I think it’s worth exploring why Death & Mourning remains as critical and relied-upon now as it did when published, almost exactly 50 years ago in the fall of 1969. It’s particularly odd because it must be hard to write a halacha book about the grieving process and get mourners to read it. Who wants rules in the face of a recent annihilation?

I believe that the book has the place it does because my grandfather had mastered teaching that you can rely on the halacha to deliver the nechama. He was often remarkably brief in his instructions: “Just do the thing. Just follow the rules.” Not because it’s what G-d is ordering you to do from on high, but because the rules will get you to where you want to be. Halacha reflects and enhances the human condition, and it will give you the experience you need, if you let it.

Mourners typically understand why they sit during shiva, and tear their clothing, and endure any of the other presumed indignities of mourning. And because aspects of mourning can be intuitively easy to understand, and because grief can encourage us to discard structure, mourners sometimes feel entitled to accept or reject a mandated process. My grandfather’s gift was to explain the value of letting the mitzvah do the work, in such a way that those who would use knowledge as a cudgel to deny themselves the fullness of the experience will let the experience give them what they need at their time of loss. The persuasiveness of that argument is so profound that The Jewish Way in Death and Mourning has been in nearly every shiva house for the past 50 years, without regard to denomination.

This past week was also my grandfather’s 3rd yahrzeit. It is my sincere hope that those who are willing to take a mitzvah that they’ve been struggling with, and let it go, will enhance his legacy. Let them live in the absence of knowledge and understanding, and trust the mitzvah to do the work. And if they should find that trusting the process is a boon to their religious experience, let it also be an aliyah for my grandfather’s neshama. 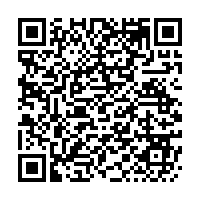