Agudas Israel Housing Association, a charity based in Hackney, has won a landmark court appeal and may continue to only accommodate Orthodox Jews.

AIHA’s policy was challenged by a non-Jewish single mother of four children, one of whom suffers from severe autism. She was assessed as “having the highest possible need for re-housing” and was offered social housing by the council of Hackney.


A few months later, she gave birth to twins, and at least six four-bedroom AIHA properties were available. The council, though, did not suggest them to the woman because of AIHA’s policy.

Lawyers for the woman said AIHA’s policy was “direct discrimination on the ground of religion, because they treat less favourably those who are not members of the Orthodox Jewish community.”

In February a divisional court held that it was lawful, because it was a “proportionate means of overcoming a disadvantage shared by members of the Orthodox Jewish community.”

Nearly 200 Labour MPs, peers, and staffers – including deputy Labour leader Tom Watson – protested the lifting of Williamson’s original suspension. Two days later, Williamson was re-suspended. His original suspension came after claiming that Labour was being too apologetic over charges of anti-Semitism in it ranks.

Last weekend, The Times reported that Shadow Business Secretary Rebecca Long-Bailey met with the Jewish Labour Movement and said urgent reform was needed of Labour’s disciplinary procedures relating to anti-Semitism. She conceded that, under Jeremy Corbyn, Labour has lost the trust of the Jewish community and needs to regain it.

In an interview with The Jewish Chronicle, Conservative leadership candidate Jeremy Hunt said he attended a chassidic wedding in Israel 30 years ago, describing it as a “surreal experience.”

One of Hunt’s best friends at school, he said, went on to become a chassid. Hunt told The Jewish Chronicle, “His wedding was something I’ll never forget. It was a surreal experience going to a synagogue where not only was there a screen down the middle separating men and women, but where the men – including Israeli soldiers with guns – all danced together.”

He said his friendship with the chassid – whom he preferred not to name – helped him understand the Jewish community.

Charedi activist Shraga Stern has agreed to stop his public campaign against Ofsted.

London’s charedi community has been split over how to handle the inspectorate’s attitudes toward Jewish schools. Chinuch UK preferred a diplomatic approach toward the Department of Education and its inspectorate whereas Stern initiated a high-profile campaign accompanied by the threat of legal action.

Last week, Dayan Ephraim Padwa of the Union of Orthodox Hebrew Congregations asked Stern to back down from his campaign. Stern told The Jewish Press, “I’ve always worked under the direction of the senior rabbis of the charedi community. I continue to do so. At the moment I am ceasing campaigning on their instructions.”

He added that he was sure his high-profile campaign has borne fruit and “now is the time for open dialogue and round-the-table discussions.”

Stern’s tough stance, however, seems to have been taken up by educational consultant Michael Cohen, who called, in the Jewish Tribune, for the dismissal of Ofsted head Amanda Spielman, whom he accused of conducting an “anti-religious programme.”

He suggested Jewish schools should not allow Ofsted to inspect their schools; alternatively, they should or arrange school outings on inspection days. He wrote, “As any kind of trust and confidence in Ofsted has been destroyed, our schools and mosdos should become more strident and assertive in dealing with Ofsted inspections.”

The Board of Deputies is campaigning against the government’s Two Child Policy, which holds that families can only claim welfare benefits for their first two children.

Ivan Lewis MP, whose Bury South constituency contains many large charedi families, told The Jewish Press, “The Two Child Policy is discriminatory and judgmental about families who choose to have larger families. This cannot be right in a society which claims to support religious freedom.”

The rav of Gateshead, Rav Shraga Feivel Zimmerman, has been appointed head of the London-based Federation of Synagogues.

Before coming to Gateshead in 2008, Rabbi Zimmerman was a dayan in New York’s K’hal Adath Jershurun and a rabbi in Monsey, NY. 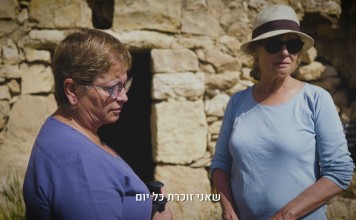