Ever since the War of Independence, the notion of an “existential threat” has hovered over Israel and served as a key criterion for appraising its security situation.

Each Independence Day, the heads of the defense establishment promise that despite the security challenges, the country is not under an existential threat. Meanwhile, though, new threats have emerged—less clear-cut than the existential threat of 1948, but no less complex or dangerous.


The October 1973 War was experienced as an unquestionably existential conflict despite the fact that Egyptian president Anwar Sadat had set a limited goal for it: not to threaten Israel’s very existence, but to deal a harsh blow to its status and security concept. His military and diplomatic achievements had a major influence on the sorts of threats that have emerged against Israel ever since.

In their overt form, these threats have not been viewed as constituting an unequivocal existential threat. Precisely for that reason, they have breached the consensus that once prevailed in Israeli society regarding the dangers for which one is prepared to go to war and sacrifice soldiers’ lives.

In view of this attitudinal shift—the growing difficulty of justifying the price of war—Israel has had trouble setting far-reaching goals for its wars. The readiness for sacrifice has increasingly declined in Israeli discourse, but in time of war, the IDF is still expected to display the same devotion to the mission and willingness to sacrifice that were shown in previous wars.

Meanwhile, Israel’s new enemies—Hezbollah, Hamas, and Iran’s Islamic Revolutionary Guard Corps—have adopted a new kind of war aimed not at obliterating Israel in one fell swoop but at wearing it down. Their object is to prevent Israel from achieving stability and prosperity and exacerbate tensions that have accompanied the state since its inception to the point of internal collapse. This threat, which is not yet perceived by most Israelis as existential, resembles the threat of the collapse of a human body’s immune system.

Any military organization, in its combat methods and ways of structuring itself, is influenced by the values and expectations of the society it serves. Aware of Jewish Israeli society’s vacillation between its legacy as a pioneering society and its desire for a Western, civic-liberal way of life, IDF commanders have crafted and adopted (beginning with Chief of Staff Ehud Barak) a new, high-tech-based combat doctrine. In its approach to force buildup, the IDF has deliberately aimed to achieve clear-cut victory by using its intelligence and fire superiority and lessening its dependence on the fighters’ spirit of sacrifice.

It was not faintheartedness that led the IDF commanders to develop the new combat methods but, rather, their awareness of the need to safeguard the force and minimize losses among soldiers in the fight against the shifting threats of long-term attrition. Similar processes have occurred in the US and even the Russian military, which, while not accountable to a civic-liberal society, has refrained from exposing its soldiers to unnecessary combat risks since its withdrawal from Afghanistan (as in its avoidance of using regular ground forces in Syria). Nevertheless, Israeli society still expects images of victory as in the wars of the past—such as IDF soldiers raising the Israeli flag in the heart of Gaza City.

In his book The Grand Strategy of the Roman Empire, Edward Luttwak recounts how the empire dispatched its legions to suppress the Jewish revolt while striving to protect them from unnecessary harm. In the fighting over Masada, for example, these forces imposed a protracted siege and were in no hurry to storm the steep cliffs. Unlike the Romans, who acted with full resolve against what they viewed as a threat to imperial stability posed by a revolt in a small province, Israeli society has difficulty recognizing the intensity of the new threats that surround it and critically assessing the conventional wisdom that the era of the big threats has passed and Israel need no longer be a “mobilized nation.” 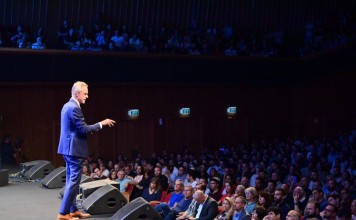 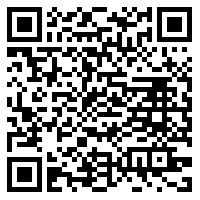