On Sunday, Palestinian Authority terrorist leader President Mahmoud Abbas, who has funneled millions of dollars toward terrorism, tore into President Trump, threatened the United States, and fictionalized the history of the Holy Land, rewriting it to exclude Jews.


This is, according to the Left, Israel’s peace partner.

This is, according to the Left, the legal authority which should be given authority over the holiest sites in Jerusalem.

Abbas explained, “We told Trump we will not accept his project, the ‘deal of the century,’ which has become the ‘slap of the century.’ But we will slap back.” Abbas was speaking at the opening of the Palestine Liberation Organization’s Central Council in Ramallah. He continued by targeting Trump, who had tweeted out that Abbas and the Palestinians were walking away from the table. “Shame on you,” Abbas said. ‘When did we reject the talks? Where is the negotiation that we rejected? May God demolish your house.” Abbas accused Israel of ending Oslo, and stated, “resistance…is our path to force out the occupation from our land.”

That amounts to an open call for terrorism. Abbas doubled down on that call, stating that he would not stop paying families of terrorists.

He didn’t stop there. He said that anyone who criticized him could “go to hell.” He threatened Nikki Haley, stating, “She threatens to hit people who hurt Israel with the heel of her shoe, and the response to her speech will be harsher.” And he said that Israel was a colonialist project of the West: “They wanted to bring Jews here from Europe to maintain European interests in the region. They asked Holland, which had the largest navy in the world, to transfer the Jews. Israel is a colonialist project that has nothing to do with the Jews.”

Naturally, Israeli Prime Minister Benjamin Netanyahu slammed Abbas, rightly stating, “The root of the conflict between us and the Palestinians is their continuous refusal to recognize the Jewish state in any borders.” That is obviously true.

But the hard Left, in their casual anti-Semitism, will refuse to recognize that obvious reality. Abbas has always been a Holocaust denier; he denies any Jewish identity to Israel; he leads a terrorist organization. Yet Israel is consistently portrayed as intransigent.

The insanity of that perspective was on full display in Abbas’ words. But don’t expect the Leftists who see Israel as a Western occupier to pay any attention. They’re too busy pandering to people who pay terrorists to stab innocent Jews on the streets of Jerusalem. 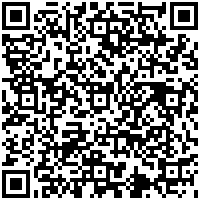