It began with a regular tour of the Temple Mount compound by a group of 42 Jews, which included rabbis and politicians. At some point, they ran into a provocation of local Arabs and Waqf officials, who got in their faces and verbally attacked the group, yelling the familiar pre-detonation slogan, “Allahu Akbar.”


At which point, the group members decided on the only proper monotheistic response and began shouting back: “Adonai hu ha’Elohim” (God is the only deity) and “Shema Israel, Adonai Eloheinu, Adonai Echad” (Hear, Oh, Israel, God is our Deity, God Is One.”

And that threw the Israel police into a loop, because, according to protocol, only Muslims get to declare their fealty to the Creators, while Jews have been arrested up there for saying a blessing before eating an apple or drinking a bottle of water.

The police clearly lost it, and resorted to violence – and that just when confronting 42 Jews who chuck the discriminatory rules and reach out to their Father in Heaven. What would happen when a thousand Jews ascend to the holy mountain? Who could stop them?

Hear, Oh Israel, we have nothing to fear but fear itself…

Special thanks to Josh Wander, Michael Miller and Arnon Segal. 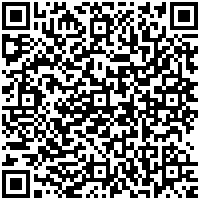