Gaza’s second-largest terrorist faction, Palestinian Islamic Jihad (PIJ), is leading the current dangerous escalation of the security situation, which may yet escalate further, and which represents the most serious flare-up of violence since the 2014 armed conflict between Israel and Hamas.


Col. (ret.) Shay Shaul, former deputy head of the National Security Council of Israel, told JNS that PIJ could be motivated by one of two things.

The first is that the terror organization is seeking retaliation for an incident on Sunday, in which three of its members “were killed by our forces, after they conducted an attack,” said Shaul.

“The more complex option is that there is an Iranian instruction to heat up the Palestinian arena, as part of the wider conflict between Iran and Israel, in which Iran is constantly absorbing strikes in Syria,” he added.

Shaul said that it is too soon to know which of these is the case, adding that the way the confrontation develops will shed further light on the situation.

PIJ launched a large-scale mortar-shell attack on southern Israeli communities on Tuesday morning, two days after losing three of its armed members to an Israeli airstrike, which came in response to a gun attack on an Israel Defense Forces’ unit patrolling the Gazan border.

It is this kind of escalatory dynamic that, if not checked, holds the potential to drag Gaza into a new war.

Hamas, which serves as the de facto government in Gaza and its most powerful armed force, is allowing PIJ to operate and is doing nothing to prevent this Iranian-backed force of some 10,000 armed operatives to launch waves of projectile attacks on southern Israeli communities.

“In today’s launches, the terror organization [PIJ] used Iran-made munitions,” the IDF said in a statement.

Smoke rises following an Israeli attack on the Gaza Strip as it seen from the Israeli side of the border on May 29, 2018. Photo by Yonatan Sindel/Flash90.

So far, Israel has responded to these attacks by launching a wave of intensive airstrikes, hitting more than 35 enemy targets in Gaza, as well as demolishing a Hamas underground tunnel designed to both smuggle arms and enable attacks into Israeli territory.

At the same time, Israel has passed messages to Gaza’s factions to calm the situation down and desist fire—or face the consequences.

The coming days will demonstrate whether this message has been received, or whether Gaza and Israel will be plunged into a new conflict just four years after the end of the last one.

Already, however, signs are emerging that the terror factions have made up their mind to escalate things in an unusual manner. By targeting civilians, including children on their way to kindergarten, PIJ knowingly forced Israel into a stringent military response. By continuing to fire throughout the day, PIJ is sending the message that it is not backing down.

‘Feels as if they are stepping things up’

Dr. Col. (res.) Moshe Elad, one of the founders of the security coordination between the IDF and the Palestinian Authority, said PIJ and Hamas have been engaged in a struggle and competition over prestige and funds. PIJ, for its part, is concerned with maintaining a good image in front of the Iranians, he said.

Iran, he added, “is seeking to activate organizations, whether in Yemen, the Golan Heights or in Gaza.”

PIJ is older than Hamas, established in 1981 with the direct backing of Iran two years after the Islamic revolution, explained Elad. When it was first set up, the organization was named after Iran’s first Supreme Leader, Ayatollah Khomeini, he added, before it was criticized for being too Iran-oriented as a Sunni organization. It then changed its name to Palestinian Islamic Jihad.

The group’s founders included Palestinian intellectuals like Fathi Shaqaqi (assassinated in Malta in 1995), and current leader Ramadan Shalah, who is based in Damascus, Syria.

“Hamas’s ties with Iran are artificial, motivated by financial interest. But PIJ’s connection to Iran is established, older and more significant,” said Elad. “Hence, when Iran decides which organization to activate, PIJ is more available. There are internal struggles in Gaza; Hamas does not want to ignite the region. But in recent days, I can’t say why, it seems to have allowed PIJ to escalate.”

“When I listen to Shalah and to PIJ’s spokespeople in Gaza, it feels as if they are stepping things up. They are allowing themselves to escalate,” he added.

Meanwhile, the IDF said in its statement that it “is prepared for a wide variety of scenarios.” 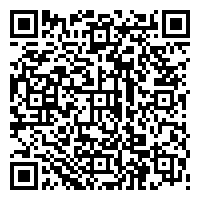