Operators of the Iron Dome anti-missile defense system were wide awake and at the controls in the wee hours of Wednesday morning (May 30) as Gaza terrorists launched additional barrages of rockets at southern Israel overnight.

Attacks earlier in the evening were aimed at central and western Negev communities, including the town of Netivot, where the Iron Dome intercepted several rockets overhead.

Attacks were aimed at the Eshkol, Sha’ar HaNegev and Sdot Negev Regional Council districts, at around 3 am, the IDF said.

The Iron Dome also intercepted a number of the rockets that were fired at Israeli communities in Sdot Negev and Sha’ar HaNegev.

According to the IDF, however, there were also a number of Red Alert sirens that were false alarms. The incidents were being investigated, the IDF said. 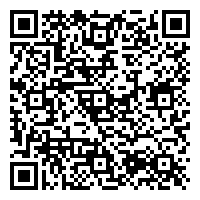