So now Palestinian terror is in vogue – as in Vogue magazine. Ahed Tamimi, the Palestinian teenager jailed for assaulting an Israeli soldier, and who openly calls for violence against Jews and the destruction of Israel, is featured in the latest issue of Vogue.

“I want to be a regular 17 year-old – I like clothes, I like makeup, but I am not a normal teenager,” she blabbers in the feature article, which is accompanied by an oh-so-stylish black-and-white photo of Tamimi with her blonde curls blowing in the wind.


I guess Vogue staff waited for a windy day for the photo shoot. Surely they wouldn’t have stooped to using a wind machine! Or does that touch say something about how cynical media outlets are enamored of Ahed Tamimi primarily because of her hair? After all, the PA-occupied territories are filled with violent teenagers. And there are plenty of videos of Palestinian youths taunting, cursing, or assaulting Israelis. Why, then, single out Tamimi? The sad truth is that in our celebrity-idolizing world, the most photogenic among us get the most air time.

You might think feminists would be outraged that Vogue and other publications are interested in Tamimi primarily because of her physical appearance. Isn’t that the kind of criteria for judging women our progressive society is supposedly rejecting?

But hypocrites tend to engage in hypocrisy – so principles are tossed aside as some militant feminists in America and Europe become cheerleaders for the Palestinian cause. They want the Palestinians to be in vogue, and in Vogue. And this month, one is.

The Israel-haters over at Jewish Voice for Peace are delighted. In response to the Vogue feature, they tweeted: “The world is with you, Ahed.”

No surprise that the radical fringe cheerleads for Palestinian violence. But what if more mainstream sources start to view Tamimi as “cool”? Is it only a matter of time before she is invited to speak at “progressive” synagogues or address Democratic Party rallies?

My advice to progressive rabbis and Democratic Party event planners is to look past Tamimi’s flowing curls and consider her actual words, before extending any invites.

Tamimi thanked Nasrallah profusely for boosting “not just my morale, but the morale of many people,” and wished him a happy holiday.

In an interview with the French television station France 24 on September 17, Tamimi was asked if she has any regrets about publicly praising Hezbollah. “No, absolutely not,” she declared, pointing out that Nasrallah “stands against the United States and Israel, so I agree with him on this particular point.”

The France24 interviewer remarked: “You are calling for a peaceful resistance.”

Tamimi replied: “I call for a people’s resistance, of any kind. To me, it’s important for the people to be able to choose how they would like to resist against this occupation. To me, there are different manners to fight this occupation. To each his own. Some may choose poetry, others slapping a soldier, others might choose throwing stones or drawing. I respect every type of resistance.”

And what is “this occupation” to which Tamimi referred? Once again, she made it very clear to the France24 interviewer. He asked her how she can justify slapping an Israeli soldier. She replied: “These soldiers are occupying my country – Jaffa, Haifa, Acre.”

Those parts of “occupied Palestine” are not in the “West Bank.” They are nowhere near her village of Nabi Saleh. They are within pre-1967 Israel. Tamimi could not have been clearer. She was saying she considers all of Israel to be “occupied territory.” In other words, Israel must be destroyed.

Israel-haters want the Palestinian cause – including the violence which is its central feature – to be in vogue. And they hope they have found their cover girl in Ahed Tamimi. But she needs to be judged based on her words and deeds, not her curls. 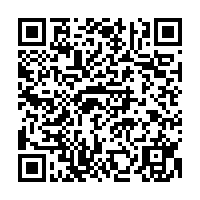