There is a new development in Palestinian hatred of the Trump administration: the Palestinian leaders’ verbal attacks on the US are now being translated into acts of violence against US delegations visiting Palestinian communities in the West Bank.


The Palestinian campaign against the US began in December 2017, when President Donald Trump made his announcement recognizing Jerusalem as Israel’s capital, and escalated after he announced that the US embassy in Tel Aviv would be moved to Jerusalem.

The anti-US rhetoric has come from Palestinians representing all walks of life — from the most senior, including President Mahmoud Abbas, to ordinary citizens in the West Bank and Gaza Strip, and from secular groups such as the ruling Fatah faction to extremist Islamist organizations such as Hamas and Palestinian Islamic Jihad.

If there is anything that unites the vast majority of Palestinians, it is their hatred of the Trump administration’s representatives and policies.

It is hard to find even one Palestinian who is prepared to say a good word about the US administration or its policies, especially with respect to the Israeli-Palestinian conflict.

Now, however, it is official: Palestinians view the US as an enemy. Even more worrying, some Palestinians even see US citizens and officials as “legitimate targets” for violent assaults. It does not seem to matter to these Palestinians whether the Americans they are targeting have come to help them or express sympathy with their cause.

Attacks on Americans visiting Palestinian cities in the West Bank are no longer uncommon. It is only by luck that no US citizen has thus far been hurt as a result of these assaults, which are being carried out by Palestinian activists who have been told by their leaders that the US is an enemy of the Palestinians.

The latest incident took place on May 21 in the town of Bet Jala, near Bethlehem. Activists belonging to the Palestinian Popular Resistance group attacked a US consular vehicle with eggs and shoes, forcing it to flee the town. The protesters chanted slogans denouncing the US as the “head of the snake” and carried banners which said, “US Government, You Are Not Welcome in Palestine” and “America is a State of Terror.”

A video posted on social media showed the protesters surrounding and kicking the US vehicle as it sped away. This was a rather humiliating scene for the Americans who came to Bet Jala to attend a graduation ceremony for Palestinian students who participated in a US-sponsored educational program.

“Our message to the Americans today is that there is no room for the US Government in Palestine because this Government is in collusion with Israel,” explained Mazen Al-Ezah, one of the leaders of the anti-US protest. “We love the American people, but their Government is part of the Israeli occupation of our land and people.”

This was the second incident of its kind in the Bethlehem area since the beginning of this year. In January, a group of Palestinian activists expelled an American delegation that was visiting the Bethlehem Chamber of Commerce and Industry as part of a cooperative effort between Palestinian businessmen and the US Consulate in Jerusalem.

In February, Palestinian Authority (PA) policemen had to rescue an American delegation that was visiting a research center in Ramallah. The delegation, which included New York legislators and civil society groups, was pelted with eggs as Palestinians chanted, “America is the head of the snake.” Again, no one was hurt.

In addition to the violent attacks directed against Americans in the West Bank, Palestinians have also been burning effigies and photos of Trump, as well as US flags. During one protest in the Al-Aydah refugee camp near Bethlehem, Palestinian protesters staged a mock trial for Trump and Vice President Mike Pence. The verdict: a death sentence. The Palestinians then carried out the “death sentence” by hanging effigies of Trump and Pence in a public square in the camp.

All these anti-US protests have a common feature: the Palestinian activists always coordinated their moves in advance with the local media. Palestinian journalists and photographers were invited to cover the protests to make sure that their message reaches the White House and the rest of the world.

Why should the Palestinian security forces prevent such protests when President Mahmoud Abbas and many other Palestinian officials are engaged in almost daily rhetorical attacks against the US administration and its representatives? Why should these security forces prevent such protests when the Palestinian Authority itself has been boycotting the US administration and launching scathing attacks on Trump’s “Jewish advisors” — David Friedman, Jason Greenblatt and Jared Kushner?

Hardly a day passes without the Palestinians gushing forth venom concerning the US administration. And as time goes on, the Palestinian tone gets more and more vicious. Trump and his advisors are being denounced as Zionists and settlers and accomplices in Israeli “war crimes.”

In addition, the Palestinians continue to accuse the Trump administration of “conspiring to liquidate the Palestinian cause and national rights” through the yet-to-be-announced US plan for peace in the Middle East. Under the current circumstances, it is hard to see how any representative of the Trump administration would ever be able to set foot in Ramallah or Bethlehem.

The Palestinian Authority has whipped up anti-US sentiments to a point where no American can feel safe visiting any Palestinian city. Not even an American who comes to offer help in the business or educational fields. The Palestinian Authority leadership has made it clear to Palestinians that the Americans are now the enemy, and this puts the lives of US citizens and diplomats at risk. US diplomats and officials who continue to visit Ramallah and Bethlehem with good intentions to help the Palestinians are jeopardizing their lives in order to help those who are spitting into the cup they are drinking from.

It is only a matter of time before one of the attacks on Americans in the West Bank ends in tragedy. Yet the Palestinian leadership is showing no signs of bringing down the volume of its verbal attacks on the US. On the contrary, each day brings more violent rhetoric by Palestinian leaders and spokesmen about the US administration. For some time now, Israeli Jews have been banned from entering Palestinian cities, out of concern for their safety. This ban by the Israeli authorities is not unjustified, as some Israeli Jews have been violently attacked after entering Palestinian cities.

Perhaps soon we will see such signs warning US citizens against entering Palestinian cities, out of concern for their safety. Unless someone calls out the Palestinian leadership for its incitement against the US.

Why are the Palestinians doing this? This is a bullying tactic to scare the US administration into supporting their cause and abandoning its “bias” in favor of Israel. This is a new/old tactic that the Palestinian leadership has long used to extract political support and financial aid from the world. It is like saying: Give me everything I want or I will exact revenge.

The Palestinians consider the present US administration one of the most hostile American governments in history towards the Palestinians. They are hoping that the bullying, threats and violent attacks on US citizens and officials will make the White House backtrack on its support for Israel and start appeasing them.

Ultimately, it is all about money. The Palestinian Authority is desperate for US financial aid; without it, the Palestinian leadership would not be able to survive. So the Palestinians are hoping to extort protection money from the Americans. It is like saying, “You see what will happen to you if you stop funding me? It could always get worse for you. I suggest that you restore my accountability-free funding, and perhaps I will see to it that you do not get hurt.”

The Americans should call the Palestinian bluff and send a warning to the Palestinian leadership that there will be consequences for their rhetoric and actions if they do not cease the incitement and brainwashing. The US should use the money as leverage to demand this from the Palestinians. The Palestinian Authority needs your money and you have the right to demand something good in return for it. There is no reason why any American should be funding the same Palestinian propaganda machine that is inciting not only against Israel, but also against the US and its citizens. 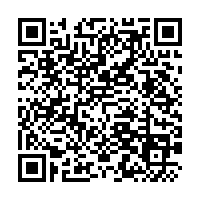