Border Police officers on Thursday morning arrested a terrorist who fired at them along the Gush Etzion Tunnel Road, south of Jerusalem. No injuries were reported. Multiple bullets hit the jeep, including the window.

The terrorist first shot at an Israel security position, and at a Border Police patrol in the al-Khader area of ​​the Gush Etzion Tunnel Road. The attack happened around 2:30 AM on Thursday.


He was immediately identified by the observation unit of the Nitzan battalion which was positioned there, which sent a team of Border Police soldiers and an IDF force after the terrorist.

In the course of the chase, the terrorist fired at the Border Police officers who were driving at him in an attempt to neutralize him. The armored vehicle was hit by several bullets, including in one of the bulletproof windows.

After the jeep hit the terrorist, he continued to try to escape. The officers rushed him with weapons drawn, firing in the air and finally arresting him. He had on him a knife. His gun, an FN, was found nearby.

The terrorist, in his 20s, is a resident of Beit Sahur, near Bethlehem. He was arrested with light injuries and received medical treatment on the spot. He did not require an evacuation to hospital. 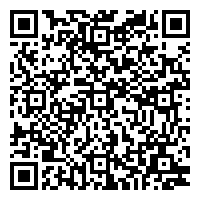