For decades now, Palestinians have interpreted Israeli concessions and gestures as signs of weakness.


This fact is important to bear this in mind as the US administration prepares to launch its plan for peace in the Middle East, which President Donald Trump has referred to as the “deal of the century.”

A report in the Israeli daily Ma’ariv on May 4th claimed that the “deal of the century” calls for placing four Arab neighborhoods in Jerusalem under the control of the Palestinian Authority. The four neighborhoods, according to the report, are Jabal Mukaber, Essawiyeh, Shu’fat and Abu Dis. Ma’ariv wrote that the details of the US peace plan were presented to Defense Minister Avigdor Liberman during his visit to Washington last week:

“The principles of the peace plan, which were presented to Liberman, include, among other things, large-scale and significant concessions on the part of Israel… the US expects Israel to accept the plan and to come to terms with what the Israelis perceive as painful concessions.”

The Palestinians will say that these Israeli concessions are not enough. They will demand that Israel hand them control over all 28 Arab neighborhoods and villages that are located within the boundaries of the Jerusalem Municipality and are under Israeli sovereignty. In other words, the handing over of the four communities will only whet the Palestinians’ appetite and drive them to demand more. The Palestinians will argue that Israel has now created a precedent that needs to be followed by further concessions.

Let us consider what happened in 2005, when Israel unilaterally withdrew from the Gaza Strip after evicting more than 8,000 Jews from their homes and destroying more than 20 settlements.

For the Palestinians, the Israeli withdrawal from the Gaza Strip was perceived as a capitulation that emboldened Hamas and other terror groups. These groups took credit for “driving the Jews out of the Gaza Strip” through terrorism.

If shooting Israelis worked and drove the Israelis to retreat, good: Keep doing it!

It is no wonder, then, that Hamas won the Palestinian parliamentary election a few months later. Hamas ran in the January 2006 election on a platform that boasted that it had forced Israel to “flee” the Gaza Strip through suicide and rocket attacks.

Needless to say, Hamas and its supporters continued to launch attacks against Israel after the Israeli withdrawal to the international border. They truly believed that the Israeli “disengagement” was nothing but surrender in the face of violence.

The talk now about an Israeli withdrawal from parts of Jerusalem will bring us back to the Gaza Strip scenario.

First, no Palestinian will see such a step as a positive gesture on the part of Israel.

Second, why would anyone think that these neighborhoods will not fall into the hands of Hamas and Palestinian Islamic Jihad in the future?

That is exactly what happened in 2005, when Israel handed the Gaza Strip over to the Palestinian Authority, which later ran away, and handed it over to Hamas.

The timing of the proposed Israeli concessions is also highly problematic. Palestinian Authority President Mahmoud Abbas and his Ramallah-based government and associates are currently engaged in an unprecedented campaign of incitement against Israel.

Any Israeli concessions, particularly at this stage, will be interpreted by the Palestinians as a reward to Mahmoud Abbas and his crowd, who are not being required to give Israel anything in return.

Hardly a day passes without Abbas remaining us that he is not a partner for any peace agreement with Israel. Is it wise to reward Abbas now that he has exposed his true anti-Semitism? Is it appropriate to give Abbas a foothold in Jerusalem after he recently claimed that it was, according to him, the Jews’ behavior, and not anti-Semitism, that caused the Holocaust?

Is it appropriate and helpful to reward Abbas at a time when he is refusing to stop payments to Palestinian terrorists and their families?

Moreover, is it appropriate and helpful to reward Abbas and his Palestinian Authority at a time when they are continuing to incite their people against the US administration and its Jewish advisors, Jason Greenblatt, David Friedman and Jared Kushner? Does the Palestinian Authority deserve to be rewarded for its daily incitement against US Ambassador to the United Nations, Nikki Haley?

There is a saying in Arabic: “They spit in his face but he calls it rain.”

Haven’t the Palestinians already dismissed President Trump’s plan as a “conspiracy aimed at liquidating the Palestinian cause and national rights?” Why should the Trump administration give Abbas gifts at a time when he and his friends are boycotting US officials?

The Trump administration needs to understand that the Palestinians view the US as an enemy, not as a friend. Giving Abbas control over four Arab neighborhoods in Jerusalem will not advance the cause of peace.

Abbas has proven that he is no different than his predecessor, Yasser Arafat. Like Arafat, he too does not recognize Jews’ right to the land, any land. Just look at any current map of “Palestine”: it is an exact duplicate of the map of Israel, but with the names of some cities changed.

Abbas does not aim for control over some areas just in Jerusalem. For Abbas, as for Arafat, Israel is one big settlement that needs to be removed. For him, in his own words, Israel is a “colonial project” that he claims has nothing to do with Judaism. For him, the Jews are nothing more than the greedy moneylenders, parodied in caricatures, who brought the Holocaust on themselves. 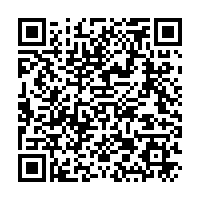