After the Anschluss, the annexation of Austria into Nazi Germany on March 12, 1938, approximately 11,000 Gypsies came under Nazi control. About 8,000 of them lived in the Burgenland, where they experienced pervasive hostility, and occupied “the lowest ranks of the social scale.” The press criticized them for their high crime rate and even charged they were infected with syphilis. [1]

On March 17, 1938, the Gypsies were prohibited from voting in the referendum of April 10. They were forbidden from begging, vagrancy, and playing Gypsy music since they used the music as a cover for begging. Their children were prohibited from attending school. A family camp for Gypsies was established in November 1940 at Lackenbach in the Burgenland, a state in eastern Austria bordering Hungary. By October 1941, there were 2,335 Gypsies confined there. Most of the Gypsies from Burgenland were murdered during the war, but the precise number cannot be determined. Many were sent to Auschwitz in 1943. [2]


In the autumn of 1941, 5,007 Austrian Gypsies, predominantly from the Lalleri tribe, who were generally considered Sinti, were deported to the Lodz ghetto. They were from the Balkans and treated as foreigners if they possessed German identity papers to which they were not entitled. In early 1942, they were gassed at the Chelmno (Kulmhof) extermination camp, approximately 50 miles from the city of Lodz. [3]

The war in Europe, which began on September 1, 1939, offered Nazi leaders the opportunity to pursue more extreme measures to solve their Gypsy problem. Reinhard Heydrich, chief of the Reich Security Main Office, notified local police officials and other government agencies on April 27, 1940, that “the first transport of 2,500 Gypsies to the General Government in German-occupied Poland [Kraków, Warsaw, Radom, and Lublin]–consisting of extended families –will be dispatched in the middle of May.”

Foreign nationals, those over 70 years old, pregnant women in at least their seventh month and those physically unable to travel were excluded from deportation. Gypsies married to Germans and close Gypsy blood relatives serving in the German military were exempt as well. Also not included were those who owned significant amounts of personal property or real estate, because the Nazis had no legal mechanism to seize these assets. [4]

As the Nazis began arresting Gypsies and sending them either to special camps or concentration camps, Reichsführer-SS Heinrich Himmler had to decide what to do with Sinti Gypsies. According to Nazi ideology, the unique qualities of every race, except for Jews, were to be respected. Since Gypsies were at least partially Aryan, “pure” Gypsies had to be handled even better than part Aryans.  In keeping with German racial scientist Robert Ritter’s conclusions, Himmler decided that pure Gypsies and those more Gypsy than German would be shielded from annihilation and overseen by nine Sinti chiefs.  Himmler entertained the possibility of permitting them to continue their traditional practice of roving, but on December 3, 1942, Martin Bormann, head of the Nazi Party Chancellery and Hitler’s private secretary, objected. [5]

In his autobiography, Rudolf Hoess, Commandant of Auschwitz (May 1940 until December 1943), wrote that Himmler wanted to guarantee that the “two main gypsy stocks be preserved.” He believed they “were the direct descendants of the original Indo-Germanic race, and had preserved their ways and customs more or less pure and intact. He now wished to have them all collected together for research purposes. They were to be precisely registered and preserved as a historic monument.” At a later time, they would be gathered from all over Europe and “allotted limited areas in which to dwell.” He noted that in 1937 and 1938, “itinerant gypsies” were deported to “habitation camps” closer to larger cities in order to enable them to be supervised. [6] .

Those who became bastardized with foreign blood were to be murdered. Himmler succeeded in saving some gypsies, although most were sent to their deaths.  No Jew could insist on having Aryan ancestors to save themselves from being killed. This point was made clear by historian George Mosse, who recounted the story of Heinrich Himmler. After having witnessed Jews being sent to the gas chamber, he asked a blond blue-eyed boy if he was Jewish, and if both parents were Jewish. When the boy said yes, Himmler responded: “What a pity, then I cannot save you.” [7]

Though the Gypsies “were a source of great trouble” for Hoess at Auschwitz, he said, “they were nevertheless my best-loved prisoners-If I may put it that way.” At Himmler’s order, the physicians at Auschwitz were commanded to “dispose of the sick, and especially the children as inconspicuously as possible.” Hoess lamented that “nothing is surely harder than to grit one’s teeth and go through such a thing, coldly, pitilessly, and without mercy.” [8]

After Himmler met with Hitler on December 6, 1942, he informed Otto Thierack, Minister of Justice, on February 27, 1943, that “recent research,” findings had found “that there are positive racial elements also among the Gypsies.” They would not be permitted to roam at will party secretariat Martin Bormann was reassured, but only in groups, within restricted areas outside the Reich, and ostensibly under German police supervision. It would appear that, in theory, Himmler would not murder these Gypsies. An additional result of the meeting with Hitler was that the remainder of the German Roma were to be used as slave labor and then murdered. [9]

When the Germans substantially increased the persecution of the Gypsies during the last three years of the war, they did so, in part, as the “result of pressure from the lower ranks of the Nazi movement,” who recognized the war afforded the opportunity of finally purging the Gypsies from their midst. It also was the culmination of efforts by the criminal police, with aid of their own “Gypsy experts,” to resolve the issue of the “asocial” Gypsy Mischling (Gypsies of mixed ancestry), through deportation, imprisonment, and sterilization.[10]  Notably, the demand to find a radical solution to the “Gypsy problem,”, which began in about 1936, did not originate entirely from the rank-and-file members of the Nazi movement. All segments of society including, academics, local officials, publicists, and average citizens clamored for severe anti-Gypsy actions.  [11]

Although there were no polls  to gauge the level of antipathy to the Gypsies, it is apparent that “it was nearly universal.” For many, including segments of the police and academics, sterilization became the method of choice to purge themselves of these “parasites.” Advocates of sterilization or castration urged a law be enacted as a means to exterminate [ausgerottet] them in a timely fashion. Large numbers would seek refuge by fleeing Germany, while those remaining would decrease yearly. The decree of December 8, 1938 “Combatting the Gypsy Plague,” which provided the “necessary legal foundation” for measures to be taken against the Gypsies, was issued in the name of Heinrich Himmler, Reichsführer of the SS, in March 1939, which took a more aggressive approach and treated the problem as a racial concern.  [12]

As already noted, the first time the Gypsies were specifically targeted to be murdered was when the Germans invaded the Soviet Union on June 22, 1941. Tens of thousands were murdered in the German-occupied territories of the former Soviet Union and Serbia and thousands more at Auschwitz-Birkenau, Chelmno, Belzec, Sobibór, and Treblinka. They were imprisoned in the Bergen-Belsen, Sachsenhausen, Buchenwald, Dachau, Mauthausen, and Ravensbrück concentration camps, and in a number of forced-labor camps. [14]. (https://encyclopedia.ushmm.org/content/en/article/genocide-of-european-roma-gypsies-1939-1945).

[4] Henry Friedlander, The Origins of Nazi Genocide: From Euthanasia to the Final Solution (Chapel Hill, North Carolina: The University of North Carolina Press, 1995), 261. 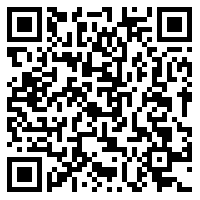