*Editor’s Note: This is Part VI in the author’s second series with JPRESS ONLINE, dealing with Nazi persecution of Jews, Gypsies, and other minorities.

What happened to the Gypsies was genocide, not a Holocaust Yehuda Bauer asserts. This has nothing to do with the degree of suffering each group endured or the number of victims they sustained. The Nazis sought to eliminate the Roma as a distinguishable group of people with their own unique culture and lifestyle. They expected to accomplish this objective through mass murder, expulsion and sterilization, which Bauer described as “an indescribable disaster, in a sense worse than death, in terms of Roma culture.” Wandering Roma residing outside the Reich were murdered. Those living in settled communities were, for the most part, ignored. [1]


As historian Christopher Browning notes, “The ‘Gypsies’ held no prominent position in Hitler’s hate-filled Weltanschauung (world view), and the Nazi regime never committed itself outright to a comprehensive program analogous to the final Solution of the Jewish question aimed at systematically killing every last “Gypsy” within German grasp.” [2] After meeting with Hitler, Himmler made this clear in his appointment diary on April 20, 1942 in which he wrote “Keine Vernichtung der Zigeuner” (No extermination of the Gypsies). [3]

“The Jews alone were singled out for extermination” asserted historian George Mosse. The Germans never considered the issue of whether some Jews should be spared because they were useful. All were to be annihilated. “Even the murder of the gypsies,” Mosse said, “which came closer in resemblance to the Jewish holocaust, was selective.” Eva Justin, the German anthropologist in charge of the gypsy question, called them “primitive nomads,” who valued “sweet leisure.” [4] She completed a doctoral dissertation by studying a group of Sinti children of St Josef’s Home in Mulfingen, Germany. Her goal was to demonstrate the racial inferiority of these children. Her experiments were conducted without informed consent, after which the children were sent to Auschwitz. Only four of her 39 subjects survived. [5]

With the German invasion of the Soviet Union on June 22, 941, the Reich began the first stage in the campaign to exterminate the Jews of Europe, whom Hitler called “the intellectual reservoir of Bolshevism.” [6] Historian Ronald Headland noted this “represented the last radical step in the process of dealing with the so-called ‘Jewish Problem.”[7]

Implementing the Final Solution became the task of the Einsatzgruppen (four mobile units), designated as A, B, C, and D, which followed behind the advancing Wehrmacht, the German army. They operated in the Baltic states, in Belorussia, Ukraine, and Crimea. Each was divided into sub-units called Sonderkommandos (special commandos) or Einsatzkommandos(intervention commandos). There were between 600 to 1,000 men in each Einsatzgruppe, although the exact number varied as conditions changed. The total number came close to 3,000. [8]

To ensure the Einsatzgruppen gained the element of surprise, they followed closely behind the troops as they advanced toward their primary goal of reaching Russian cities, “where 90 percent of the Russian Jews were concentrated,” historian Heinz Höhne pointed out. As soon as an Einsatzgruppe unit entered the town “than a deadly stranglehold gripped the Jewish inhabitants claiming thousands upon thousands of victims day by day and hour by hour.” Höhne added “no brutality was too base, no trick too mean, no barbarity was too disgusting, if it allowed them to raise their grim tally. Report after report testified to the murderers’ fanatical zeal—reports concluded in cold official language as if recording production figures for refrigerators or numbers of vermin destroyed.” [9]

“The great majority of the officers were… profession men,” Raul Hilberg noted. A large number were lawyers. There was also a physician and a professional opera singer. They were in no way “hoodlums, delinquents, common criminal, or sex maniacs. Most were intellectuals in their thirties, and undoubtedly wanted  a certain measure of power, fame and success,” Hilberg concluded. There is no suggestion they sought their position in the Einsatzgruppen. They brought whatever training and skills they had developed enabling them to become “efficient” murderers. [10]

The cooperation between the Einsatzgruppen and the Wehrmacht far exceeded the expectations agreed upon prior to Operation Barbarossa. The Security Police had anticipated minimal cooperation and accepting of the killing operation. Instead, Hilberg found the army “went out of its way to turn over Jews to the Einsatzgruppen , to request actions against Jews, to participate in killing operations, and to shoot hostages in ‘reprisal’ for attacks on occupation forces.”  The general justified their cooperation by claiming that Jewish  “Bolshevist diehards” were encouraging and assisting the partisans behind the German lines.[11]

From the initial hesitation to join in murdering of the Jews, Hilberg said, the generals became so impatient with the progress, “that they were virtually pushing the Einsatzgruppen into killing operations. The German army could hardly wait to see the Jews of Russia dead—no wonder that the commanders of the Einsatzgruppen were pleasantly surprised.” Gaining the cooperation of the local populations became an important part of the process of destruction. This included fostering  pogroms against the Jews by members of the local communities and obtaining the assistance of the auxiliary police in capturing and shooting. The Einsatzgruppen triggered anti-Jewish flareups for administrative and psychological reasons. Administratively, every  time a Jew was murdered in a pogrom, it meant one less Jew to be killed by the Einsatzgruppen. A pogrom also helped them reach their “cleanup goal” (Sauberungsziel) that much faster. [12]

The Einsatzgruppen wanted the population to assume a major role in annihilating their Jewish neighbors. “It was no less for future purposes” wrote Brigadeführer Dr. Franz Walter Stahlecker, commander of Einsatzgruppe A, “to establish an unquestionable fact that the liberated population had resorted to the most severe measures against the Bolshevist and Jewish enemy, on its own initiative and without instructions from German authorities.”  Pogroms thus became a “defensive weapon with which to confront an accuser, or an element of blackmail that could be used against the local population.”  It should be pointed out, the military recoiled from “lynch [mob] justice against Jews.” Pogroms had to take place in areas not yet under strict control of the military government. [13]

Hitler did not envision this would be a conventional war, asserted historian Jürgen Förster. He planned and organized a Vernichtungskrieg, (a war of annihilation) to achieve his concept of Lebensraum (living space) by conquering Russia. The “idea of acquiring living space,” Förster said, was “inextricably intertwined with the extermination of Bolshevism and the Jewish people, with the doctrine of economic self-sufficiency, and with the strategic necessity of thereby winning the war against Great Britain.” [14] 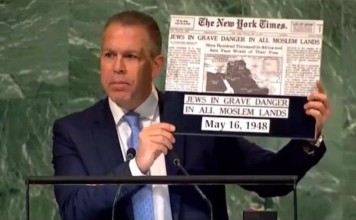 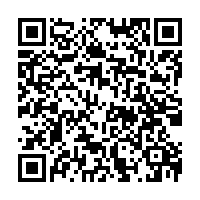