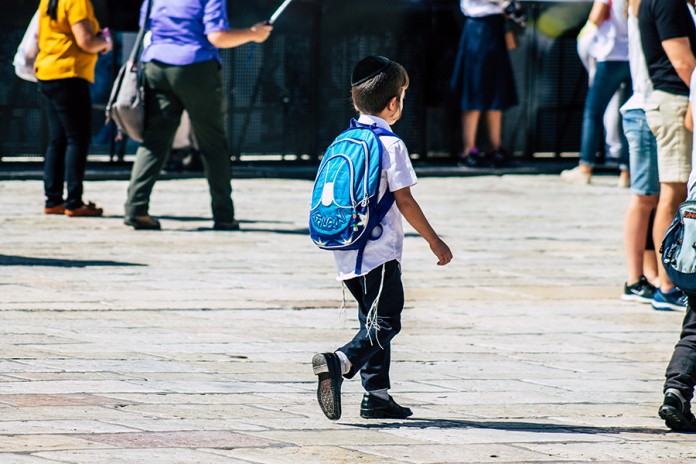 I heard this beautiful story from Rabbi Yitzchak Fanger who was talking about the importance of doing our best, going out of our comfort zone, walking the extra mile, and knowing that Hashem knows everything we’re doing, including the difficulties we are facing in order to do our best in order to help a fellow Jew.

He told about a person he met recently named Shachar Sha’air, a Chabad rabbi from Rechovot who told him that years ago he built a building in Ohr Yehuda in order to make a religious gan, a kindergarten specifically for secular children so that he could bring them closer to their Father in Heaven and their eternal heritage.

Among the parents who came to register their children was a woman who came to Rabbi Sha’air with her young son, Eliyahu. Rabbi Sha’air spoke to the mother and the child and was about to accept and register the boy when the mother said: “I must tell you, Rabbi. I don’t have any money to pay you. Not now, and it’s not likely that I’ll have any money to pay you later in the year either.”

Rabbi Sha’air was surprised by this, especially since he had a staff to pay as well as plenty of other expenses, and was expecting to help cover at least some of his expenses with the money that parents would pay. As the woman and her son sat there before him, Rabbi Sha’air thought about the situation. What should he do? And then he said to himself, ‘We don’t turn away Jewish children.’ And he accepted Eliyahu. The mother and child were tremendously happy and grateful and Rabbi Sha’air knew that he had made the right decision. In fact, he knew that there wasn’t even a question. When it comes to helping a fellow Jew, we must do what we can, even when it’s hard.

Gan was wonderful and Eliyahu loved it. And true to her word, his mother didn’t pay Rabbi Sha’air anything. And so it continued for three years. Eliyahu loved gan, participated with enthusiasm and excitement, and grew in his love of Yiddishkeit.

After those firsts three years it was time to go to school and Eliyahu and his mother wanted him to continue in the religious Chabad school and again his mother took him to the principal who was Rabbi Shimon Sha’air, the father of Shachar Sha’air.

Again the mother and boy were interviewed and Rabbi Sha’air wanted to accept Eliyahu, who was a lovely boy who was clearly eager to learn in this religious school. And again Eliyahu’s mother said candidly to Rabbi Sha’air, as she had said to his son three years earlier: I want Eliyahu to learn in your school very much and so does he, but I must tell you something – I don’t have any money to pay, and I doubt that I will be able to do so during the year either. Rabbi Shimon Sha’air heard her, looked at the sweet Jewish boy in front of him who was growing so beautifully in Yiddishkeit, and came to the same conclusion that his son had come to a few years ago. ‘I won’t turn away a Jewish child.’ And so Rabbi Sha’air accepted Eliyahu into his school, knowing that there would be no payment for his studies, not this year, and most likely not in the years to come either.

Years went by and Eliyahu was a wonderful, diligent, happy student who loved what he was learning and the Jewish life he was living. More years went by, and now it was time to go to yeshiva. Rabbi Shimon Sha’air was again approached by Eliyahu’s mother who said that she and Eliyahu wanted so much for Eliyahu to learn in yeshiva but she must tell him the truth: she has no money to pay for his studies and it’s not likely that she’ll have any money to pay him in the near future either. “But,” she added,” some day I’ll pay you back b’ezrat Hashem, with Hashem’s help.”

And so it was that Eliyahu began his yeshiva studies in Ohr Yehuda. He was an excellent student. He learned intensely, with great interest and perseverance. He had a sincere desire to understand and progress in his studies, and he was connected to Yiddishkeit not just with his mind – in his studies and adherence to halacha, Jewish law – but also with all his heart. He strived to serve Hashem as best as he could, and to become closer to Him more and more.

Pesach came and on the seventh day of Pesach, a very special day, the day of Krias Yam Suf, the Splitting of the Sea, Rabbi Shimon Sha’air went to immerse in the mikva before beginning his Yom Tov (holiday) prayers. He was the only one there at the time. He entered the mikva with great concentration, knowing that these holy waters purify the one who immerses in them. But Rabbi Sha’air had a medical ailment in his leg, called Shoshana in Hebrew, (possibly Cellulitis), and that day the water was too hot for a person with that ailment. The high temperature of the water caused Rabbi’ Sha’air’s blood vessels to expand so much and so suddenly that he lost consciousness and sunk into the mikva waters, unconscious.

Just moments later, Eliyahu, the once secular boy from a very poor family, entered the mikva to purify himself before the Yom Tov prayers and immediately saw someone submerged in the mikva and not coming up. Quickly he jumped into the water and pulled out the man who was lying under the water, and began to try his best to resuscitate him. And as he did, he saw who it was, it was Rabbi Shimon Sha’air! Eliyahu worked and worked on his beloved rabbi until Rabbi Sha’air regained consciousness Baruch Hashem.

Not long after that, Rabbi Sha’air said to Eliyahu: “Please tell your mother that she owes me nothing. She has already paid me to the very last shekel.” 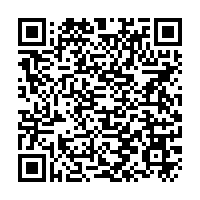