The announcement of a new round of U.S.-sponsored Israeli-Palestinian negotiations, set to begin Sept. 2, has been accompanied by an intense debate on whether these direct talks will achieve serious and meaningful results. While optimists hope for success, there are many complexities: borders, settlements, recognition and “identity issues” such as Jerusalem, historical narratives and refugee claims.

In this environment, the U.S. Agency for International Development (USAID) is funding a campaign run by a non-governmental organization (NGO) known as the Geneva Initiative. This political advocacy effort is aimed at convincing Israelis, in the words of Geneva Initiative head Gadi Baltiansky, “that there is a [Palestinian] partner – that the problem is specifically with us.”

The campaign includes video clips of various Palestinian officials stressing the current window of opportunity to reach a peace deal. USAID also is funding a parallel campaign aimed at a Palestinian audience.

For the most part USAID, as its name suggests, has been involved primarily in projects related to Palestinian economic development, including parks and a sports facility in Tulkarem. An NGO-run advertising campaign marks a major shift in U.S. government policy. As in the case of NGO political campaigns funded by European governments, this process bypasses the elected Israeli leadership. Such direct interference in the internal affairs of other democracies is a blatant violation of international norms.

At the same time, the USAID funding is notable in that it is relatively transparent. While the USAID website makes no mention of this campaign, the Geneva Initiative released a statement about it: “The campaign is supported with the generous support of the American people through USAID.” News of the funding has been reported and criticized widely in the Israeli media.

This transparency stands in sharp contrast to the European Union’s secrecy regarding all aspects of the funding process for political advocacy programs operated through Israeli, Palestinian and other NGOs.

However, the transparency is partial, and the ads do not reference the U.S. government’s role and backing. Thus, Israelis hear Palestinian officials promoting peace without knowing that the message is brought to them courtesy of the U.S. administration, which has its own political interests. The absence of full public disclosure or congressional oversight for this unusual venture is problematic.

Indeed, these issues are at the core of the draft legislation recently approved by the Knesset’s Constitution, Law and Justice Committee. The measure, dubbed the Disclosure Requirements for [Groups] Supported by Foreign Government Funding bill, will require groups that receive foreign government funding for a specific advertising campaign to acknowledge that funding within the framework of the campaign.

Unfortunately, the New Israel Fund and allied, foreign-funded NGOs have wrongly denounced this clause as anti-democratic – a position that protects the partisan NGO recipients but leaves the Israeli public in the dark.

The problems of NGO non-transparency and lack of oversight are highlighted by the Geneva Initiative itself, which is based out of an organization known as H.L. Education for Peace. The group is not registered with the Israeli government’s Registrar of Charities (Rasham Ha’Amutot). In this way, the NGO evades reporting to the Israeli public about the massive support received from the European Union, Switzerland and other governments.

This history of secret foreign government funding processes contributes to Israeli skepticism regarding the Geneva Initiative. Claiming to “encourage the Israeli public and policy environment” to support negotiations “in the new political context of a Hamas majority,” this NGO promotes a partisan political agenda.

Many Israelis view the Geneva Initiative as an opposition political movement run by a small group involved in the unsuccessful Oslo negotiations that failed to receive support in the democratic process. Its proposed peace agreement also includes aspects that have been unacceptable to most Israelis, including inadequate security provisions and a highly ambiguous framework for dealing with refugee claims. The foreign government funding for the campaign has not contributed to its public acceptance.

In this context, the USAID ad campaign may lead to results that are the opposite of the intended objectives. Israelis see and hear the way in which the Palestinian Authority-controlled media continues to incite against Israel and to deny the legitimacy of Jewish national self-determination. The Palestinian Authority and the Arab League continue to demonize Israel through apartheid rhetoric and efforts to get the United Nations and the International Criminal Court to open “war crimes” cases against Israeli officials.

We Need to Talk About Joe 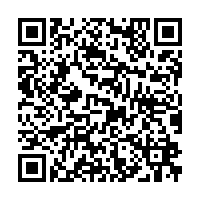