Learn the phrase, historians will be referencing it for generations to come.

Linguists remind us that Paskudnyak is “THE most potent and offensive insult known to man. It has so much connotation that cannot be truly defined that the closest you can come to its meaning is ‘horrible person’… Use with caution.”

And so with cluster bombs and shattered hospitals, schools, and apartments, Putin has earned the title of Paskudnyak, a description that will accompany him as long as long as there are historians to record the deeds of despots, dictators, and war criminals, who would crush democracy and freedom.

To be clear, his actions have defamed a nation. And unlike Stalin whose deliberate famine in Ukraine starved 3.9 million to death far from the prying eyes of an indifferent world, Putin’s actions are being caught on every smartphone and being transmitted around the world. No matter how hard his collaborators try, no matter how much propaganda his state-controlled media produces, there will be no denying the actions of this Paskudnyak.

We also need to appreciate that this is a major tipping point in world history. It will require the Europeans to face the fact that while the Soviet Union is no more the Russian dream of empire, it is still alive and well in the fantasy space occupied by Paskudnyak Putin. Eastern Europe hasn’t faced such a threat in generations. Not only will NATO need to spend real GNP on defense but on creating energy alternatives that no longer depend on a Kremlin that views national borders as mere road signs for their tanks.

America too must address the fact that shutting down domestic energy resources available through technology such as fracking will place us at strategic economic and national security risks. Analysts are already predicting that oil will soar well beyond $110 a barrel and that has enormous implications for every sector of our economy.

It is a terrible irony that the long-acknowledged Paskudnyak, Adolf Hitler, ravaged Putin’s Mother Russia some 80 years ago. How terrible to the memories of those 20 million Russian victims that Hitler should now be joined by one of their own. 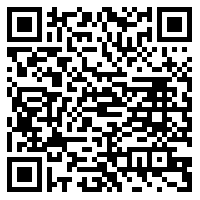