But he could not persuade a single station in France to show any of his films. (I myself failed to interest HBO and PBS in airing his films in the U.S., though both have aired films with very opposite points of view). So Rehov ingeniously used French freedom of expression laws in order to distribute his films. He created a political magazine he called Contre Champs (Reverse Angle), and inserted a copy of his documentaries in each issue. The magazines sold like hotcakes.

He is now working on a new film script – not a documentary this time but a feature film. If he can get it produced, it may indeed influence the course of events. I can say no more about it at this time.


I mentioned to Rehov my fear that America was undergoing the same Islamification process – albeit at a slower, more subtle pace – that had convinced him it was time to leave France, and that it remains to be seen whether we will be strong enough to stand up to it.

He responded, “I am afraid that no one will understand this until there is another terrorist attack on American soil.”

Said I, mournfully: “That might wake up the Christians, but not the Jews.” 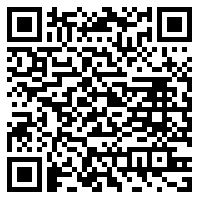