In his first major policy address since taking over as U.S. secretary of state, Mike Pompeo issued a stern warning to Iran that it is about to face “the strongest sanctions in history.”

In a speech on Monday from the Heritage Foundation, he said “the sting of sanctions will only grow more painful if the regime does not change course from the unacceptable and unproductive path it has chosen for itself and the people of Iran.”

The speech, coming just weeks after U.S. President Donald Trump’s decision to withdraw from the 2015 nuclear deal, outlined the administration’s plan to employ intense economic warfare against the Islamic Republic.

Pompeo laid out 12 “basic requirements” that America believes are prerequisites for any future new agreement with Iran, including cutting support for terror organizations such as Hamas and Hezbollah, halting uranium enrichment, ending development of its ballistic-missile program and stopping threats against Israel.

“This list may seem long to some, but it is simply a reflection of the massive scope of Iranian malign behavior,” he said. “America did not create this need for changed behavior. Iran did.”

Iranian expert, former civilian policy adviser to U.S. Central Command and now visiting fellow at the Washington Institute for Near East Policy Nader Uskowi told JNS that Pompeo used tough language, but his proposals did not contain any radical demands.

“His 12 points can be summarized into three broad categories: end to Iran’s regional interventions; end to any nuclear weaponization work and development of delivery systems of nuclear weapons; release of Western prisoners inside Iran,” he said.

“Let’s put the language aside. The demands expressed by Pompeo are not radical, and Iran can only gain if it accepts them and normalizes its relations with the U.S. And it can lose a lot if it rejects them and ruin its already battered economy,” stated Uskowi.

Similarly, Behnam Ben Taleblu, an Iran analyst with the Foundation for Defense of Democracies, told JNS that these core demands are not unique to the Trump administration. They are demands, he said, that have made Iran an international pariah: “This sort of behavior has been exhibited by Iran in some ways since the regime was conceived in 1979.”

Shortly after Pompeo’s speech, Iranian President Hassan Nasrallah shot back at the secretary of state, asking “who are you to make decisions about Iran?”

“Today’s world will not accept the United States to decide on behalf of the whole world. Countries have their own sovereignty,” Rouhani was quoted as saying. “Of course, they [the United States] will do what they want by the use of force, but the world does not accept this logic.”

Yet Pompeo said if Iran made major changes, the United States would be primed to engage with the country.

“If Iran makes this fundamental strategic shift, we, too, are prepared to support the modernization and reintegration of the Iranian economy into the international economic system,” said the secretary of state. “Iran will be forced to make a choice: either fight to keep its economy off life support at home or keep squandering precious wealth on fights abroad. It will not have the resources to do both.”

Ben Taleblu dismissed the allegation concerning regime change, arguing instead that one of Pompeo’s main goals was support for the aspirations of the Iranian people, who have been protesting the regime for some time.

There is “40 years of evidence of how the regime has put their interest ahead of the interests of the Iranian people,” he said.

“When the people came out onto the streets earlier this year, they contested what the regime was doing. They took slogans from the protests from the Tehrani elite in 2009 Green Revolution, and they were chanted all across the rural areas of the country,” described Ben Taleblu. “That shows you how widespread the discontent the people of Iran are with this regime.”

Nevertheless, Pompeo’s speech was not well-received in Europe, especially in the European Union, which remains committed to the Iranian nuclear deal.

“Pompeo’s speech has not demonstrated how walking away from the [deal] has made or will make the region safer from the threat of nuclear proliferation or how it puts us in a better position to influence Iran’s conduct,” Federica Mogherini, the High Representative of the European Union for Foreign Affairs and Security Policy, said on Monday.

Ben Taleblu said it is understandable that the Europeans are so wedded to the nuclear agreement, given that the E.U. spent considerable time and effort on crafting the deal. But he stressed that it’s important to get the Europeans on board with new sanctions.

“First priority is to make sure the West speaks with one voice on Iran. Because when it does, multilateral sanctions are forceful multiplier of U.S. sanctions. It is not just the efficacy of U.S. sanctions, but how can we get other countries to be just as efficacious as we are,” he said.

Uskowi argued that the Europeans should also not reject Pompeo’s demands just because they don’t like Trump.

“The Europeans have already accepted the principles containing in Pompeo’s demands and should not reject them because they did not like the tone or manner of the current administration,” he said.

“It is in the interest of the Europeans, Russians and the Chinese if Iran stops its malign behavior in the region, releases Western prisoners/hostages, and commits not to develop nuclear weapons and their delivery systems in future,” said Uskowi. “Those are all Pompeo is saying. Their anger with the current administrating in Washington should not be the foundation of their foreign policy.”

“We understand our re-imposition of sanctions and the coming pressure campaign on the Iranian regime will pose financial and economic difficulties for a number of our friends,” he said. “But you should know that we will hold those doing prohibited business in Iran to account.”

On the flip side, the Israeli government came out in strong support for Pompeo, even publishing his full speech on the foreign ministry’s website.

“We believe this is the right policy. We believe it’s the only policy that could ultimately guarantee the security of the Middle East and peace in our region,” said Israeli Prime Minister Benjamin Netanyahu.

“If Iran wanted to seek peaceful nuclear energy, Iran would need not a single centrifuge. Iran doesn’t need centrifuges for enrichment. If Iran wanted to pursue a peaceful nuclear program, Iran would not hide its secret archives for making nuclear weapons,” the Israeli leader said, referring to the documents seized by Israeli spies that Netanyahu presented in late April.

Nevertheless, Pompeo said that America was prepared to build a broader coalition of countries to punish Iran, with or without Europe.

“We focus on the Europeans, but there are scores of countries around the world,” noted Pompeo, mentioning that Australia, Bahrain, Egypt, India, Japan, Jordan, Kuwait, Oman, Qatar, Saudi Arabia, South Korea, the UAE “and many, many others worldwide” support the U.S. approach on Iran.

Ben Taleblu said it’s crucial for the United States to get these countries on board against Iran, especially ones that have been at odds in the past, such as Israel and Saudi Arabia.

“It is important to get these countries on board because if you are dealing with one rogue nation in the region,” he said, “you want to make sure all the countries that are being threatened by that country are all coordinating their foreign policies.” 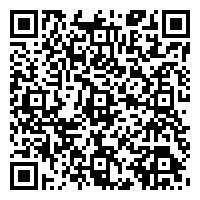