Since the Democrats took control of the White House and both houses of Congress one hundred days ago, the Middle East has become a powder keg. But Israel’s ruling class sees nothing.

In Afghanistan and Iraq, violent attacks against U.S. forces are rising steeply. From January through April, attacks on U.S. forces increased 40 percent. President Joe Biden’s announcement that the United States will withdraw its forces from the country by Sept. 11, the 20th anniversary of the jihadist attacks on the United States, worsened the situation by communicating a message of profound American weakness and defeatism. The Taliban, Al-Qaeda and Iran clearly believe they are now free to humiliate and bleed the United States as they take control of the country.

In Iraq, Iranian-controlled Shi’ite militias launched three missile strikes against U.S. bases last week. Hoping to avoid confrontation with Iran as its emissaries appease Tehran in Vienna, the Biden administration is assiduously avoiding acknowledging that Iran is behind the attacks, and so it guarantees that more attacks will soon follow. As in Afghanistan, Iran reads U.S. behavior as an invitation to strike with impunity.

In Syria, Iran’s Syrian proxy President Bashar Assad and Iran’s Lebanese proxy Hezbollah continue to wage a war of extermination against Syrians who oppose them.

While turning a blind eye to Syria, the Biden administration continues to empower the Lebanese armed forces and government—both wholly controlled by Iran through Hezbollah. Last month, the administration transferred armored trucks valued at $14 million to the Hezbollah-controlled Lebanese military and asked that Congress provide financial assistance to the government. Hezbollah for its part has launched a charm campaign on the public. Having caused the government to go bankrupt and forced the people of a once prosperous land into destitution, Hezbollah is now carrying out a well-publicized food drive, handing out Iranian basic foodstuffs to starving Lebanese, along with Hezbollah membership cards.

Ties between Israel and the UAE are also showing signs of stress. Two weeks ago, the UAE joined the anti-Israel cavalcade, releasing a statement condemning Israel for quelling Arab violence against Jews in Jerusalem. And last week, reports emerged that Iranian Foreign Minister Mohammad Javad Zarif paid a visit to the Emirates.

While the Biden administration has yet to focus on the Palestinians, its statements and appointments have empowered Fatah and Hamas to launch a new campaign against Israel.

Following Palestinian Authority and Fatah chairman Mahmoud Abbas’s cancellation of the Palestinian elections, Fatah returned to killing Jews. For the first time in years, Fatah’s Nablus office publicly defended a terror attack, in northern Samaria, in which one seminary student was murdered and two more were critically wounded in a drive-by shooting as they stood at a bus stop.

Ahead of Israel’s Jerusalem Day this week, Iran’s Jerusalem Day last week and the end of Ramadan, both Hamas and Fatah were focused on Israel’s capital. Although the focal point of Arab violence was initially the Damascus Gate to the Old City, where Arab gangs beat Jews in the street, it has now moved to Sheikh Jarrah neighborhood in north-east Jerusalem.

After decades of court battles, and countless court orders requiring Arab squatters to be removed from the Jewish owned homes in Sheikh Jarrah, the Supreme Court is set to end the legal saga with a final verdict on May 10. Hamas leaders Khaled Mashaal and Ismail Haniyeh announced last week that May 9 would be “a turning point for the war against the occupation and the settlers.”

Hamas’s terror kingpin Mohammed Deif joined the threatening chorus as well. In his first statement since 2014, Deif threatened that if Israel evicts the squatters, “The move will not go unanswered and the occupation will pay a heavy price.”

On Thursday night the riots in Sheikh Jarrah began in earnest, with Arab mobs setting fire outside Jewish homes and assaulting Jewish residents of the neighborhood. Earlier in the week, the Palestinians launched their political warfare campaign to demonize Israel.

As reported by the excellent Telegram page “Abu Ali Express,” which tracks events in the Arab world, Palestinians put English subtitles on a video of Israeli police arresting an Arab suspect in Sheikh Jarrah. In it, the suspect says, “You are suffocating me,” as the police restrain him on the ground and handcuff him.

The purpose of the video is obvious—the Palestinians seek to draw a direct line between the police killing of George Floyd in Minneapolis and Israeli law enforcement in Jerusalem. And it is working.

On Thursday, the European Union and the governments of most major E.U. states, along with the Biden State Department, issued statements condemning Israel and insisting that Israel’s control over its unified capital, along with Judea and Samaria, is “illegal.” Whatever is coming this week will be the first expression of a coordinated Palestinian-Western assault against Israeli control over Jerusalem, Judea and Samaria since Biden entered office.

Identity politics hold that the United States was born in sin and systemically racist. To cleanse its soul, America must adopt a two-tier system of governance in which members of recognized “victim” groups are given extraordinary rights and members of recognized “oppressor” groups must be punished. And just as America is morally infirm and must mend its evil ways, so its allies—particularly Israel—must be similarly punished and forced to transform themselves.

Biden gave voice to this position in his speech before Congress last week. There he presented a portrait of the United States as an inherently racist state. This racism, he claimed, was preserved and enforced by the law enforcement system, which suffers from “systemic racism.” Police reform laws that he and his fellow Democrats intend to promulgate, he said, will remedy the situation.

To understand what Biden was referring to we can look to New York State, where the Democrat-controlled government passed a bail reform law in 2019. The new law effectively gave tens of thousands of violent criminals a get-out-of-jail-free card by making it extremely difficult for judges to either remand criminal suspects to custody pending their trial or impose bail as a condition for pretrial release. The consequence of the reform has been a massive increase in violent crimes statewide.

This week, and not for the first time, New York’s Jews were victimized by their state’s no-bail policy. For 11 days, a black assailant terrorized the Jewish community of Riverdale in the Bronx. Jordan Burnette vandalized four synagogues, some multiple times, before police arrested him. After one judge imposed $20,000 bail on Burnette, the local prosecutor went to a more politically savvy judge, who cancelled her colleague’s ruling and set him free.

Thanks to Democrat control over the White House and both houses of Congress, soon the entire country will have the two-tiered justice system now in place in New York, where favored groups are protected and disfavored groups are left to fend for themselves.

The tyranny of the identity-politics-driven Democrats has brought about a level of social and political polarization in America unseen since the Civil War. It is not a stretch to say that today there are two Americas and two American peoples living side by side in hostility and fear. While it is impossible to foretell how things will develop, it is also impossible to believe that a positive or peaceful outcome to this explosive situation is likely.

This brings us to Israel. At this moment of profound and perilous uncertainty, Israel’s ruling class—particularly in the media and the security establishment—is dangerously blind to what is happening. On Tuesday, Avi Benayahu, a former IDF spokesman and a fixture in the media-security establishment, gave voice to the ruling class’s myopia in a post on his Twitter account. Benayahu presented the current situation in the United States as utopian and gushed that Israel could enjoy the same lucky fate if Likud and the rightist bloc are replaced by what the left has euphemistically dubbed a “government of change.” That is, a leftist government joined by antisemitic Arab parties and opportunistic formerly rightist parties.

Benayahu gushed, “You want to see what ‘change’ looks like? Look at the U.S. under Biden. Look and listen to the quiet, to the normalcy, to the sanity and tranquility that have fallen on America. There’s no fake news, no racist statements, no attacks on the media and the judges and there’s great attention being paid to domestic affairs. Biden is working for America’s citizens. For everyone. That’s what change looks like!”

Benayahu’s position owes to two factors. First, like his fellow leftists, Benayahu shares the Democrats’ progressive mindset. Second, Israel’s ruling class gets its information on Israel’s most important ally from media organs like The New York Times and CNN. Benayahu and his fellow elitists fail to recognize that these outlets have long abandoned their role as news organizations and have transformed themselves into the propaganda arm of the Democrat Party.

The reality obscured by the Democrats’ media echo chamber is that Biden’s domestic policies have launched American society into a downward spiral driven by hatred and fear. His foreign politics have placed Israel in the eye of a storm of epic proportions.

With its members now grasping the reins of power, Israel’s ruling class must face the truth of the situation. 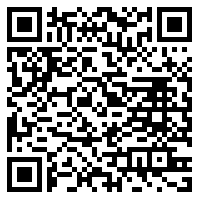