Whether he was actually sick and tired of the Benjamin Netanyahu-led Likud Party or simply concluded he would fare poorly in the next primaries, Gideon Sa’ar’s latest move is a bold one. Not everyone has the audacity to embark on a political adventure into the unknown. Particularly those such as Sa’ar, whose prior independent political gambits have ended in failure.

The big question at this stage is whether Likud voters disaffected with Netanyahu have already jumped ship to Blue and White, Naftali Bennett and others, or whether Sa’ar’s departure will trigger another wave of flight from the ruling party.

This question—crystallized by Communications Minister Yoaz Hendel and Knesset member Zvika Hauser’s declared intent to join Sa’ar—could determine the fate of the entire political system, which at present is swiftly marching towards another general election. Should new polls indicate Sa’ar is siphoning votes from Likud, Netanyahu could slam on the brakes and open serious negotiations with Blue and White Party head Benny Gantz in an attempt to stave off an early election. It would be ironic if Sa’ar’s resignation from the Likud brings Gantz, and not himself, closer to the premiership.

Connection with the ‘anyone-but-Netanyahu’ camp

It’s uncertain, however, that Sa’ar will take a significant number of votes from Netanyahu. It’s possible his move will do more harm to those who have already announced they will vie for the premiership—Yair Lapid and Bennett. Both Lapid and Bennett currently have considerable support from the ‘anyone-but-Netanyahu’ voters, and now a new player, playing the exact same position, has entered the game. It seems the “anyone-but-Netanyahu” camp is already too crowded.

An election under these circumstances doesn’t weaken Netanyahu but strengthens him. It’s reasonable to assume, therefore, that if an election is indeed in the offing, we will see unifications and significant recruitments from outside the political system; otherwise, we can already name Netanyahu the next prime minister.

Although Gideon Sa’ar could be a real detriment to Bennett, his resignation from the Likud could actually bring the Yamina chairman closer to the premiership he covets. If, until today, an alternative coalition sans Likud and headed by Bennett seemed an unlikely and unrealistic scenario because it would require nonsensical alliances, such as Lapid with the ultra-Orthodox or Bennett with the left, an option now exists for a coalition between two right-wing parties, which is a different story. This would be a coalition with legitimacy, and it doesn’t include Netanyahu.

A journey into the dark

Another scenario exists, meanwhile, whereby Sa’ar quickly vanishes from the political scene and is forgotten along with his new party. Gideon Sa’ar is a well-liked figure in the television studios mainly because he is hostile towards Netanyahu, but this isn’t always enough to garner the public’s affection.

Although Sa’ar is a polished and experienced politician, it’s quite difficult to remember an initiative or achievement that justifies asking for the public’s trust. From this perspective, even Moshe Kahlon, who said he wanted the finance portfolio rather than the premiership, entered the game with a more impressive record, having reformed the cellular phone market 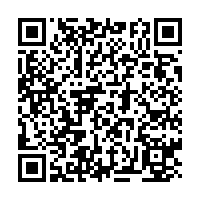