The nomination of Samantha Power for U.S. ambassador to the United Nations has drawn the Jewish community’s attention to her controversial 2002 remark about hypothetical U.S. action against Israel to protect Palestinians from genocide.

But Power’s confirmation hearing before the U.S. Senate is also likely to address a broader question: How can lawmakers judge her record on responding to genocide when the government agency she has headed for the past year has no public record of taking any action to fulfill its stated mission – to prevent atrocities in Darfur and elsewhere around the world?

Just weeks after President Obama was inaugurated in 2009, the International Criminal Court indicted Sudanese President Omar Hassan al-Bashir for spearheading the Darfur genocide. He was charged with sponsoring the Arab militias that were “murdering, exterminating, raping, torturing, and forcibly transferring large numbers of civilians, and pillaging their property” in Darfur.

The Obama team included many outspoken advocates of U.S. action against the Bashir regime. Before becoming U.S. ambassador to the United Nations, Susan Rice had publicly urged air strikes on Sudan. Samantha Power wrote a book urging U.S. intervention against perpetrators of genocide. As a presidential candidate in 2008, Obama himself vowed, “I won’t turn a blind eye to slaughter” of civilians abroad and said, “There must be real pressure placed on the Sudanese government.”

Developments on the ground in Sudan during Obama’s first term provided good reason for U.S. action. In 2009, Bashir’s mass expulsion of foreign aid agencies led to widespread starvation. In late 2010, the ICC reported hundreds of civilians murdered and thousands displaced in renewed attacks by government-sponsored Arab militias against villages in Darfur. By the summer of 2012, New York Times columnist Nicholas Kristof was reporting from Sudan about new “mass atrocities that echo Darfur” against non-Arab tribes in the Nuba Mountains.

Yet the Obama administration’s response was lethargic – and worse. The new U.S. envoy to Sudan, J. Scott Gration, told the Washington Post in 2009 that American policy should be based on “giving out cookies” and “gold stars” rather than punishing Bashir. In 2010, Gration told the Senate Foreign Relations Committee that the U.S. now supports having Bashir judged by a local Sudanese court rather than by the ICC (even though that would increase the chances of an acquittal or a light sentence). In 2011, Gration’s successor, Princeton Lyman, told an interviewer, “We do not want to see the ouster of the [Bashir] regime, nor regime change.”

Meanwhile, Bashir was brazenly flaunting the ICC indictment by traveling openly to various Arab and African countries. Even though some of those countries were major recipients of U.S. aid, neither Obama nor advisers like Dr. Power publicly criticized them.

In the face of all this, disheartened Darfur advocates were given new hope by the president’s dramatic 2012 announcement – from the podium of the United States Holocaust Memorial Museum – that he was creating an Atrocities Prevention Board, with Power as its chair. The most optimistic were tempted to see parallels to the remarkable lifesaving work undertaken by the War Refugee Board, after pressure by Congress and Jewish activists forced President Roosevelt to establish that agency in 1944.

And there was substantial public support for Obama’s initiative: a poll by Penn Schoen Berland found 69 percent of Americans believe the U.S. should “prevent or stop genocide or mass atrocities from occurring in another part of the world.”

With public opinion on its side, would the administration finally turn a corner in its genocide policy?

Unfortunately, it did not.

When U.S. Rep. Frank Wolf (R-VA) introduced a bill in 2012 to suspend non-humanitarian aid to countries that host visits by Bashir, the State Department worked behind the scenes to bury the measure. A petition by 70 leading Holocaust and genocide scholars to Dr. Power, urging her to back the bill, went unanswered. (Ironically, Power, in her book, had urged the U.S. government to use “economic sanctions” and pressure on its allies to combat genocide – a fact noted in the petition.)

Asked by a Fox News interviewer in January 2013 why the U.S. had been silent over a recent Bashir visit to Egypt, outgoing Secretary of State Hillary Clinton acknowledged that Bashir “does need to be held accountable for what happened on his watch as president” but emphasized that the U.S. had to “prioritize” and focus on maintaining good relations with Egypt. 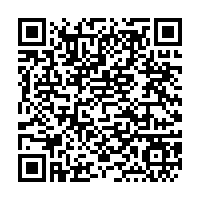