His yeshiva ketanah was chosen in large part because it was a feeder school for a prestigious yeshiva gedolah.

Much of her childhood revolved around being accepted into one of a handful of high schools upon which much of her future depended. She learned early on not to ask too many questions.


He cultivated relationships with certain rebbeim who could be influential advocates for him in the coming years. He learned early on not to question them.

She was advised that high school teachers were often called upon as shidduch references years later and to conduct herself at all times with that in mind. It wouldn’t take much to jeopardize her prospects.

When he experimented with mildly rebellious behaviors, it was unclear if people in his life were more concerned about their reputations or his wellbeing.

Her summers were devoted to volunteer work, mainly to keep up with the seminary rat race and build her eventual shidduch resume.

They pulled whatever strings they could to get him into a prestigious yeshiva in Israel. Little else mattered so long as the name carried a cache that befitted the image he needed to cultivate.

Applying for seminary was the most traumatic experience of her life to that point. She understood that her future basically hung in the balance.

It was better to toil in frustration and boredom in a higher shiur than attend one more suitable for his learning level and personal needs. This was so obvious that the latter was never even contemplated, let alone discussed.

Her classmates in seminary were her friends, but also her competition and the yardstick by which she measured herself. They subtly scrutinized each other’s diets, wardrobes, and popularity with the teachers, who would eventually be their shadchanim or shidduch references. The Torah was inspiring, but this was the real curriculum.

He felt enormous pressure to distinguish himself as one of the top boys, to stand out while simultaneously appearing humble and unassuming. It was an obsession – it tormented him – but he knew it was only temporary, and it would be well worth it down the road.

The pressure to strictly conform, yet simultaneously shine as a great girl, felt like it would literally drive her crazy. She reminded herself that a few months later she would enter shidduchim and reap the benefits.

The expectations in kollel were greater and the smaller size group meant there was more supervision and accountability. He reminded himself that he needed to keep it all together for just a bit longer, and he could marry a top girl from a prestigious family.

Officially entering shidduchim was the most traumatic experience of her life to that point.

She spent hours just getting ready for the date, like an actress preparing for a key shoot. They told her what questions to ask, what answers to give, how to show interest, how to hide her feelings, and so much more. One thing she must never show, she was told, is nervousness, which only made her more nervous.

One of the avreichim who mentored boys in shidduchim advised him that he didn’t need to share certain aspects of himself until the third date, and others he should never bring up at all.

The rebbetzin she turned to for guidance told her that whoever she married was her bashert and she shouldn’t worry about it.

He was still very nervous.

She was still very nervous.

Before they left to meet each other, they received a final piece of advice: “Just be yourself.” 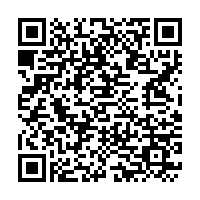