A recent investigation of the Hakol Hayehudi news website revealed that the Palestinian Prisoner’s Club had recently published a picture of a convicted terrorist serving 25 years in prison for terrorist attacks, reclining next to shelves of treats the IPS commissary offers terrorists behind bars. The terrorist, Mohand Ali Rashid Salameh from the town of Bruqin, adjacent to the Israeli settlement of Bruchin near Jenin, was photographed using a smuggled cellphone in the prison’s canteen.

The photo was published on the occasion of the 14th anniversary of Salameh’s imprisonment. In another photo, he is seen with his mother while she was visiting the prison.

Terrorists are not allowed to hold cellphones in prison. In 2017, former Joint Arab List MK Basel Ghattas was sentenced to two years in prison and paid a fine of NIS 120,000 ($37,000) after being convicted of smuggling cellphones to a security prisoner.

The Palestinian Prisoners’ Club is an independent NGO that was established in 1993 and has a membership of some 1,600 former security prisoners who have spent at least a year in an Israeli prison. The purpose of the club is to assist the thousands of Arab terrorists imprisoned in Israel. The club operates in a variety of ways, from providing legal assistance, through political activities for the release of prisoners, to supporting the families of prisoners, to publishing their pictures, taken with illegal cellphones, on Facebook. The club is headed by Kadura Fares, and its headquarters are located in Ramallah.

The terrorist posed next to boxes of sweets and treats, including Kit Kat chocolate bars and a selection of Elite chocolates (quick, somebody, pitch this to an ad company). Back in 2017, Haaretz described it as an “unfortunate product placement,” when Marwan Barghouti, one of the leaders of the hunger strike by Palestinian prisoners in Israeli prisons, was caught on tape snacking his heart out on pizza, cookies, and every prisoner’s candy of choice, Tortit.

Following Hakol Hayehudi’s inquiry, the IPS said the incident had been investigated and the terrorist had been punished for the photo and was transferred to solitary confinement.

In recent years, dozens of terrorists imprisoned in Israel have been placed in solitary confinement and punished after being exposed by Hakol Hayehudi.

The IPS responded to its public shaming with a statement saying it was introducing changes in the quantity and variety of products sold to security prisoners. A senior IPS official told Mako News that the cuts could reach up to 50% in the quantity and range of products offered for sale to prisoners. For the full list of luxury and fun items, check out my story from back then, Security Prisons to Cut Terrorists’ Luxury Canteen Products by 50% following Civic Group’s FOI Revelations. 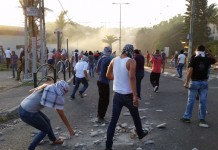 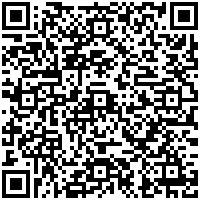