The words every supporter of Israel must say today to the President of the United States, Donald Trump is Thank You. Thank You President Trump for your announcement recognizing Jerusalem as the capital of Israel. Thank you for doing the right thing in announcing that the U.S. Embassy will – as it should be – relocated to Jerusalem.

Thank you for saying as you did that “After more than two decades of waivers, we are no closer to a lasting peace agreement between Israel and the Palestinians. It would be folly to assume that repeating the exact same formula would now produce a different or better result. This is a long overdue step to advance the peace process and to work towards a lasting agreement. Israel is a sovereign nation, with the right – like every other sovereign nation, to determine its own capital. Acknowledging this as a fact is a necessary condition for achieving peace. Today, Jerusalem is the seat of the modern Israeli government. It is the home of the Israeli parliament, the Knesset, as well as the Israeli Supreme Court. It is the location of the official residences of the Prime Minister and the President. It is the headquarters of many government ministries.”


Jerusalem is Israel’s capital and like every other nation in the world has the right to choose her own capital. This was a decision that was long overdue. At the same time, one must also question how Jews who care about the State of Israel can back the Democratic Party, which over the last 50 years has been so clearly anti-Israel, so clearly anti-Jewish Israel. From the disastrous Oslo peace accords to the Iran deal, the Democrats are wrong on Israel.

Notably, many leading Democrats condemned the President’s decision, including Sen. Dianne Feinstein, D-California who claimed “The future of Jerusalem is an issue that should be decided by Israel and the Palestinians, not unilaterally by the United States.”

When it comes to Israel simply, standing with the Republican Party in the best interests of the Jewish community. And today all those who care about the state of Israel need to stand up and say “Thank You President Trump.”

Stubborn or Strong-Willed? Raising A Leader 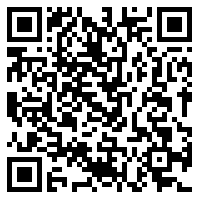