Calling President Trump’s recognition of Jerusalem as Israel’s capital a “declaration of war against our people,” Hamas leader Ismail Haniyeh said on Wednesday that his movement was working hard to launch an uprising against the “Israeli occupation” in response to the US declaration on Jerusalem, stressing that the “resistance” should be prepared to meet the “strategic threat to Jerusalem,” Ma’an reported.

Speaking from his beach home in Gaza City, Haniyeh said: “As we stand before the new equation and the political stage of this decision, we are required to make decisions and formulate policies and develop a strategy to confront the new plot against Jerusalem and Palestine.”


Haniyeh added: “We say clearly that Jerusalem is united, not Eastern or Western, it is an Arab Palestinian Islamic city and the capital of the state of Palestine, all of Palestine. Today I say that Palestine is one and united from the sea to the river, not divided by two states or two entities. We do not recognize the legitimacy of the occupation and there is no Israel on the land of Palestine to have a capital.”

Haniyeh called for the need to rearrange the Arabs’ priorities in the face of “this unjust decision,” and first and foremost, to affirm that the peace process has been defeated for eternity and there is no partner in a peace process with the “Palestinian people.”

Haniyeh called on the Palestinian Authority to get out of the “Oslo tunnel, where the Palestinians lived through pain and suffering,” declaring: “There is no longer a peace process or settlement.”

He also called for an urgent meeting involving the leaders of Hams and Fatah to discuss a new policy for the provisional leadership of the PLO.

“We must speed up the pace of easing the pain of the Palestinian people and take a decision to lift the sanctions on the Gaza Strip,” Haniyeh said. “The wounded people will not be able to face the occupier if they do not have the means to stand firm.” He called for “a halt to security coordination with the enemy in the West Bank.” 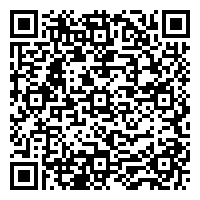