July and August 2021 mark the 74th anniversary of the Exodus 1947 ship (originally named the President Warfield), perhaps the most dramatic post-WWII attempt to breach the British naval blockade and bring Holocaust survivors to Mandatory Palestine.


The ship, with over 4,500 Jewish refugees on board, left the French port of Sète on July 11, 1947. It was intercepted by the British, and after a determined resistance its passengers were returned to Port-de-Bouc in France on three deportation ships. The refugees refused to leave the French coast, and stayed on the ships under difficult conditions in the heavy August heat. They were ultimately led by force by the British to Hamburg, Germany – the country that had just slaughtered six million of their brethren.

The affair, which shocked the world, received extensive media coverage and has been the subject of much research and subsequent creative endeavor, including novels and films. There is much to focus on: the Briha (clandestine escape from Europe to Mandatory Palestine) movement, the clandestine immigration (Aliya Bet) movement, the survivors themselves, the emissaries from the Land of Israel, and the crew of the ship. Much has also been written on the political circumstances surrounding the affair as well as its implications with regard to the struggle for the creation of the state of Israel.

All these efforts are entirely appropriate. It is regrettable, however – and historically unjustifiable – that the major involvement of the heroes of the French Jewish resistance is almost entirely absent from the numerous publications and commemoration ceremonies relating to the Exodus affair as well as to the broader struggle for the creation of Israel.

The Jewish Resistance organization in France, which included, inter alia, Zionist networks such as the “Jewish Army” and the “Zionist Youth Movement,“ participated in the rescue of tens of thousands of Jews in France during the Nazi occupation through the fabrication of forged documents, the hiding of children and adults, and the smuggling of convoys to Switzerland and Spain.

At the end of the war, David Ben-Gurion appointed Avraham Polonski (Monsieur Pol), a leader of the Jewish resistance in France, as commander of the Hagana in France and North Africa. The volunteers who joined the organization, mostly veterans of the Jewish resistance, participated in many critical activities: the Briha; clandestine and legal immigration; the forging of documents; the transfer of arms to the Yishuv; and the setting up of communication systems, immigrant camps, and military training camps. They provided the emissaries from the Land of Israel with money, manpower, certificates, accommodations, and contacts with French authorities. These contacts were particularly important as the French security authorities, motivated by human considerations, often turned a blind eye to the “illegal” immigration of Holocaust survivors. Later, many veterans of the resistance made aliya and participated in the War of Independence.

Members of the Hagana in France and North Africa under Polonski’s command were involved in the Exodus operation from its early stages: they forged travel documents, assisted in the transporting of survivors to the Strasbourg-Mulhouse border, recruited medical students, organized the reception of refugees by the Red Cross, and accompanied the refugees on their journey from the border train stations to Marseilles.

Members of the Hagana in France, under Polonski’s leadership, also played an important role in preparing accommodations for the refugees. By leveraging their contacts and making bribes, they even managed to overcome the obstacle of a truck drivers’ strike in Marseille by obtaining their leaders’ consent to transport the refugees to their destination in Sète. Following the arrival of the three British deportation ships to Port-de-Bouc with the Exodus passengers, Polonski’s team assisted in preventing the British from forcing the passengers to disembark.

The team followed British agents on the coast, sought help from French trade unions, and provided supplies to the survivors on the ships. Throughout the operation, a central communications system, stationed in Paris, enabled contact among all the actors.

It is a great injustice that the enormous contribution of the veterans of the French Jewish resistance to the creation of the state of Israel has been almost completely excised from Israel’s collective memory. One possible explanation for their excision from the narrative regarding the Exodus affair could be the patronizing attitude of the emissaries from the Land of Israel and their emphasis on their own contribution. It could also relate to the tendency of Jewish resistance veterans to keep their postwar activities secret, which many of them did for years afterward.

This injustice should be corrected. The contribution of the French Jewish resistance – not only to the Exodus affair, but to the very creation of Israel – deserves to take its proper place as an integral part of Israel’s historical pantheon.

(Dr. Tsilla Hershco, a senior research associate at the BESA Center, is the author of Those Who Walk in Darkness Will See the Light: The Jewish Resistance in France During the Holocaust and the Creation of Israel, 1940-1949) 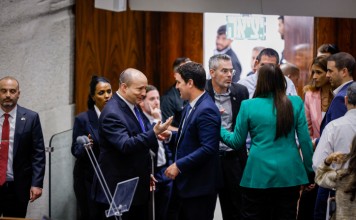 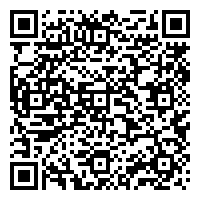