On Monday evening, on Reuven Gamzon Street in the Neve Yaakov neighborhood of Jerusalem, a young man in his 20s who is living with cancer was having difficulty breathing. His family called emergency services, and United Hatzalah’s Dispatch and Command Center sent out an urgent alert to the nearest responders in the area. While the family members were talking to the dispatchers on the phone the man started making gasping sounds and then stopped breathing – and that’s when United Hatzalah volunteer EMT Yehuda Arieli rushed through the door.

Arieli had been at home just down the street with his wife and three children. The family was getting dinner ready when Arieli received the alert. He recognized the address and hurried over.


Arieli found the young man lying on a bed with his hysterical family members all around screaming for someone to come and help. Arieli performed a quick check of the man’s vital signs and found that he was not breathing and didn’t have a pulse. With the help of the man’s brother, Arieli picked the man up and placed him on the floor to begin CPR. Arieli initiated chest compressions and relayed to dispatch that he was administering CPR and required backup as well as a mobile intensive care ambulance.

Having heard the commotion, and upon seeing Arieli perform compressions, a good-hearted neighbor ran into the room with a defibrillator which Arieli attached. He then continued compressions and the defibrillator did not advise a shock. United Hatzalah volunteers Dovid Piler, Moshe Landesman, and Eliezer Haas arrived and joined the effort to save the man’s life. Seeing how distraught the family was, the volunteers called the organization’s Psychotrauma and Crisis Response Unit to come and assist the family in processing the emotional turmoil they were experiencing as a result of the CPR.

The group of EMTs rotated between performing compressions and assisted breathing while waiting to hear if the defibrillator recommended administering any shocks. Approximately 10 minutes later, a mobile intensive care ambulance arrived and assisted in stabilizing the patient.

Arieli later described the incident: “It took about 30 minutes but we managed to get the young man’s pulse back. The family was so thankful when we did. They couldn’t stop expressing their joy. We stabilized him and then put him on a backboard to be transported to the hospital. His pulse was stable and strong, but he wasn’t breathing on his own yet, so the ambulance staff continued providing assisted ventilation on the road.”

“There is no way to describe the feeling that I get after I’ve saved someone’s life,” Arieli said. “It is a tremendous sense of satisfaction knowing that you have brought a person back from the brink of death. It gives me so much strength to keep moving forward and to continue to volunteer to help people. This isn’t the first time I’ve had the opportunity to save a life and I’m sure it won’t be the last. Every emergency I respond to is important and the fact that I go and can help people is for me the greatest thing in the world. I Thank this wonderful organization for giving me the opportunity to save lives. 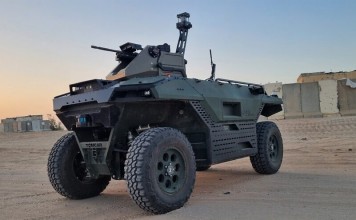 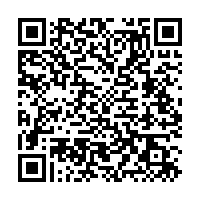