Under pressure to restart talks with Mahmoud Abbas’s Palestinian Authority, Israel has diverged from its refusal to accede to Palestinian preconditions and agreed to free 104 Palestinian terrorists from its jails. It’s a mistake. Israel should withstand the pressure and say no. Why?

Because it makes a mockery of justice – and inflicts unimaginable pain on families of the victims – when multiple murderers walk free. It also boosts the standing of terrorist groups; encourages the kidnapping of Israelis for the purpose of extorting the release of further terrorists; demoralizes Israeli counter-terrorism personnel who risk life and limb to capture these murderers; erodes Israeli deterrence to vanishing point when the most bloodthirsty murderers know they are likely to be freed early; and, above all, results in the subsequent murder of additional Israelis by terrorists freed under such deals.


In short, we’ve been here before and the results have been tragic. The Almagor Terrorist Victims Association (ATVA) disclosed in April 2007 that 177 Israelis killed in terror attacks in the previous five years had been killed by terrorists who had been previously freed from Israeli jails.

An earlier ATVA report showed that 123 Israelis had been murdered by terrorists freed during the period 1993-99. Former Mossad chief Meir Dagan has observed that the terrorists released in the 2004 Elhanan Tenenbaum prisoner exchange deal caused the death of 231 Israelis.

In agreeing to this morally unjust, tactically unwise, strategically harmful, militarily hazardous and life-endangering unilateral concession, we see the profound and purposeless erosion of Israeli will.

In the past, Israel at least scrupled not to free those with “blood on their hands” and demanded the return of living Israelis, however lopsided the exchange. In July 2008, however, Israel agreed to release to Hizbullah a gruesome murderer, Samir Kuntar, and four others prisoners in return for merely the corpses of two kidnapped Israelis. In August 2008, Israel freed 198 jailed terrorists, including two with blood on their hands and 149 others guilty of attempted murder, as a “confidence-building measure.”

In October 2009, Israel freed 20 Palestinian terrorists – not for a life or a corpse, but for a video of a kidnapped Israeli. And in October 2011, Israel freed 1,027 Palestinian prisoners, including hundreds of convicted terrorists, in exchange for a single kidnapped Israeli serviceman, Gilad Shalit, leading Hamas’s Khaled Meshaal to crow that “This is a national achievement for the Palestinian people…we promise the rest of the Palestinian detainees to liberate them…. Those released will return to armed struggle.”

On this occasion, however, Israelis cannot even take refuge in the consolation that they freed a loved one, retrieved a corpse or even obtained a video. They cannot even say that they exacted any concession from the PA. To the contrary, Mahmoud Abbas just reiterated that he will not permit “the presence of a single Israeli – civilian or soldier – on our lands.”

Prime Minister Netanyahu is not unaware of the danger; to the contrary, he once warned against the very thing he now intends to do. In his 1995 book Fighting Terrorism, Netanyahu observed that refusing to release terrorists was “among the most important policies that must be adopted in the face of terrorism.” With this release, he erodes his credibility by dishonoring his pledge to withstand Palestinian preconditions.

U.S. pressure alone explains Netanyahu’s decision, not some valuable quid pro quo. How else to account for a decision opposed by 85 percent of the Israeli public and the Shin Bet head, Yoram Cohen? The Obama administration has not expressed a new determination to see Iran cross no red lines in its march to a nuclear weapon. Obama has not altered his earlier negotiating baseline of an Israeli return to the 1949 armistice lines. Abbas’s goal of a judenrein Palestinian state has just been reiterated, not withdrawn.

Those trying to make sense of the decision speak of Israel keeping the U.S. on board in dealing with Iran – which suggests that Israel has lacked this all along. The idea that the U.S. needs some Israeli concession to unify its Arab allies against the Iranian nuclear threat is in any case absurd, given the imploring of Arab leaders for Washington to deal with the problem, as revealed by the Wikileaks documents. 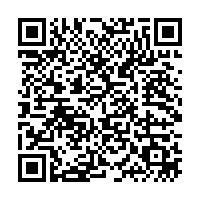