This year, The Creative Soul, an organization established to meet the creative needs of budding Orthodox / Hasidic Jewish artists, will continue as a forerunner in the world of Jewish art by maintaining its newfound tradition of hosting an annual 3-week art show beginning during the festival of Sukkot. Located in Crown Heights and scheduled amidst the bustle and excitement of the Jewish Holiday, this year’s show titled, Pure Joy, celebrates the elations of Judaism. Artists associated with The Creative Soul range from established artists to emerging ones; Hasidim through motorcycle-men; their perspectives as diverse as those seated on a NYC subway train.


The 3rd annual show began September 22, the night of the first intermediate day (Chol Hamoed) of Sukkot. The coinciding of the Simchat Beit Hashoava festival, which takes place on these special intermediate days, is a direct influence on the show’s meaning. The Simchat Beit Hashoava commemorates the drawing of the water in the Jewish Temple and the celebration that accompanied it. Nowadays, Jews across the world celebrate with nights filled with music, dancing and spirituality, and nowhere more so than in Crown Heights.

The Chabad community of Crown Heights will be of no exception with regard to the festivities. The Simchat Beit Hashoava held there every year is elaborate with a large section of Kingston Avenue, the center thoroughfare of the community, shut down to make way for the party goers. A large stage, where bands play religious music for a crowd of listeners and dancers, blocks off much of the avenue until 6am. It is only fit that an art show which will be situated on the same block share the themes of Pure Joy. The street address of the show is 425 Kingston Ave, Brooklyn New York, 11213.

The theme of show can be elaborated with the following story. A world renowned linguist met with a rabbi to discuss languages. During the discussion the linguist said, “You Jews must be very happy people.” The rabbi asked him about how he arrived at that conclusion and the linguist explained that while studying languages you are in turn studying the people that speak them. Eskimos, he explained, have over 20 words for snow. This is because snow plays a vital role in an Eskimo’s life and, for them, the difference between two kinds of snow is important. “So how do I know that you Jews are happy people?” mused the linguist. “Because of how many words you have for joy.” Indeed, if you were interested in finding some of these words, you’d need only search for the nearest bencher (small prayer book for saying Grace after Meals) and flip to the Sheva Brachos (7 Brachos), which are recited in the presence of a newlywed couple during their first week of marriage.

For some, the art show represents its theme, the identity of joy in Judaism. For others, it is another step in the progression of Jewish art. The Merriam-Webster dictionary defines artwork as “a work that is created to be beautiful, express ideas or feeling.” Any artist can create artwork and identify it as Jewish. But should organizations that represent Jewish artwork such as The Creative Soul, or Jewish Art Now, set parameters as to what defines Jewish artwork?

The Creative Soul Co-Founder Yitzchok Moully explains, “The Creative Soul isn’t about defining Jewish artwork but rather celebrating the creativity within the Jewish community.” It is just this viewpoint that attracts artists and viewers to the Creative Soul. According to Devora Lilian, Cofounder of The Creative Soul, “The show is a platform for artists to explore and discuss the identity of Jewish Art.” This discussion is sure to take place on the walls and the floors of the gallery in Crown Heights during the show.

Not everyone believes that the discussion for the identity of Jewish art should be as open ended. Elke Reva Sudin, co-founder of Jewish Art Now believes that definitions are helpful to creating dialogue and sustaining innovation. “When you set parameters, it allows for more creativity within those parameters,” says Sudin. “Most people don’t even know what the possibilities are.” Like The Creative Soul, they aim for dialogue on the subject, however the two organizations’ methods differ greatly.

It is this exploration that marks the certain recent and progressive direction of Jewish art. In recent years, more artists have joined this movement, each pitching their own ideas as to what should be and what shouldn’t be shown in a Jewish art gallery. This movement is owed in large part to the progressive art shows, hosted by organizations such as The Creative Soul and Jewish Art Now that help spur such discussion.

Artist Natalie Kadish supposes that, “Although viewers will come to be be part of the identify of Jewish art, I think a huge reason they want to come is to be inspired: the artwork being shown at Living in Joy, is so spiritually uplifting.” Aside from the expectations of the viewers, some artists are anticipating the show for their own reasons. Artist Noaj Sauer explains that “I am hoping, with the show, to collaborate in the bringing of more possibilities of expression of Jewish concepts. There are many ways to paint a picture and I hope to bring that idea to the Jewish community.” Other artists in the show are on similar terms with Sauer, Artist David Orlansky notes that, “There’s something really special that happens when a group of artists meet together with their artwork. It’s like a powerful connection that we all make with each other, I am excited for that.”

The show will run until October 13 and will host many other forms of creativity. From open mics, concerts, literary evening, culinary tasting, lectures and a new project titled ‘Chabad X’ modeled after the popular Ted X will be debuted. For more information, visit the organization’s website: 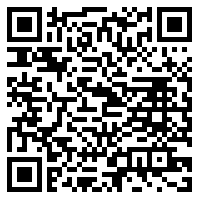