Purim is a meaningful celebration for the Jewish people, when we gather to remember the events of the Mordechai and Esther story at Shushan HaBira in Persia many years ago. It was after the destruction of the first Temple that the Jewish people spread out in the diaspora throughout the kingdom of the Achashverosh, who ruled over 127 provinces from India to Ethiopia. His evil antisemitic minister, Haman, plotted to wipe out the entire Jewish people. In the book of Esther, we read of the miraculous chain of events and the heroism of Mordechai and Esther, who put aside their own personal safety and concerns and acted to overturn the terrible decree.

Our great sages, the rabbis of the Talmud, determined that these events would be marked on the Jewish calendar as a holiday to celebrate the salvation of the Jewish people throughout the ages. Halacha, the code of Jewish law by which we learn to observe the details of the Mitzvot, requirements of our faith, lists four deeds that the holiday mandates for each Jewish individual on Purim.

The four Mitzvot are: Megillah, Mishloach Manot, Matanot L’Evyonim and a Festive Meal. Megillah is the book of Esther, written on a scroll of parchment which is read twice, first after the evening prayers and then again after the morning prayers on the day of Purim. Mishloach Manot means sending food to two friends, and Matanot L’Evyonim is giving charity to two needy people. After we have fulfilled these three Mitzvot, we can sit down with our family and friends and rejoice in the fourth Mitzvah, which is a festive meal in honor of the day.

Making noise to rub out the name of evil Haman is a custom. Some bring special noise makers (“rashanim,” in Hebrew) to the synagogue to be used when the reader of the book of Esther mentions Haman’s name in the reading of the Megillah. In some communities, youth might light off fire-crackers. Going overboard with this could be dangerous, and it is definitely annoying to the nearby congregants. Either way, taking a risk of hurting others and causing damage could not be considered a Mitzvah, even if done with intent to add to the celebration of the holiday.

Wearing costumes, funny hats and makeup is a custom to express the fun mode of the day, but it is not a requirement of the day. If it makes you happy, go ahead and enjoy dressing up.

As mentioned above, a festive meal is a Mitzvah of the day of Purim. Drinking alcohol is allowed, and within the limits of good taste, can increase the good mood of the day. Some believe in becoming as drunk as Abraham’s nephew Lot. Most rabbinical sources explain that we are not to degrade ourselves by drinking like fools. Rather, we can drink in good spirits to a level of happiness and rejoice in the name of HaShem.

Purim is a good opportunity to speak with our teenagers about the dangers of alcohol and substance abuse. We can use this day and misconceptions that have developed around its Mitzvot and customs as conversation starters, and we can set a personal example of responsible use by not letting things get out of hand. 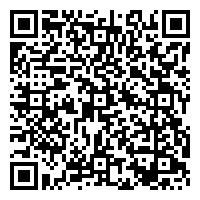