In his book Man’s Search for Meaning, psychiatrist and Holocaust survivor Victor Frankl noted that “Between stimulus and response, there is a space. In that space is our power to choose our response. In our response lies our growth and our freedom.”

Simply put, our emotional response to events has much to do with how we process events and the lens through which we view those events.


Born of this philosophy is the methodology of cognitive behavioral therapy developed in part by psychologists Albert Ellis and Aaron Beck, where the reduction of self-destructive thoughts and behaviors occurs through a process of examination and cognitive reframing.

In one study of positive interventions, “participants were asked to write down three things that went well each day and their causes every night for one week. In addition, they were asked to provide a causal explanation for each good thing” while a control group did nothing. At the end of the study period, not only was it was found that the experimental group had higher levels of subjective well being (happiness) than the control group, it also displayed “increased happiness and de-creased depressive symptoms for six months” following the study.

The power of positive intervention and the active pursuit of meaningful happiness may be one of the most powerful tools we have to finding existential satisfaction. Nationally syndicated radio host Dennis Prager dedicates an hour each week to just that purpose. During the “happiness hour” the sole focus is the exploration of what happiness is, where it comes from and what we can do to maximize our connection to it.

One of the issues that emerge is how our ever-deepening relationship with technology affects the lens through which we view the world around us. While people report that their connectivity through cell phones and the Internet are critical and life-enhancing, numerous studies find that the greater degree of connectivity we have with our technology, the greater are our levels of anxiety and the lower are our levels of subjective well being.

While seeking to reduce the degree of connectivity may have some positive impact, for many of us this is not a realistic and lasting pursuit. However, addressing the qualitative nature of our connectivity and the lens through which we view digital engagement may have an even greater impact. Just as that aforementioned study suggested positive journaling will result in a more positive attitude, perhaps the nature of how we blog, text, status update and tweet could have similar results on our attitudes and perspectives.

In a 2011 study about twitter sentiment, Kouloumpis, Wilson and Moore, found that negative hashtags (i.e. #fail, #ihate, #worst) appeared at twice the rate of positive ones (#success, #thingsilove, #bestfeeling). Other studies find similar behaviors where individuals use the digital realm as a medium to impulsively and without inhibition express negativity, anger and discontent. Perhaps it is these behaviors that serve as reinforcement in viewing events through the lens of negativity, further cementing feelings of increased anxiety and decreased happiness.

A Jew Grows in Prison 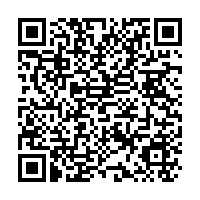