Can you guess who Qatar’s favorite Israeli is?

An Israel-hating Israeli, of course. It’s Azmi Bishara, an Israeli Arab who was a member of Knesset until he was discovered to be spying for Hezbollah, at which point he fled Israel. He’s found a new home in Qatar, which is quickly becoming one of the most notorious havens in the world for anti-Israel terrorists.

For many years, Qatar has been sheltering senior Hamas terrorist Khaled Maashal and top Hamas official Yusuf al-Qaradawi. That’s the same al-Qaradawi who publicly praised Hitler and prayed for Allah to help him finish the job. “Oh Allah,” he declared in one sermon broadcast on Al Jazeera, “take this oppressive Jewish, Zionist band of people…count their numbers and kill them, down to the very last one!”

So perhaps it is no surprise that Qatar also hosts Bishara, the founder of Balad, an extremist Israeli Arab political party. Stripped of his parliamentary immunity because of his involvement with Israel’s enemies, Bishara slipped out of Israel in 2007, narrowly avoiding prosecution for espionage on behalf of Hezbollah during the previous year’s Lebanon war.

Things are going well for Bishara in Qatar, the Times of Israel reports. He has become “close to Qatar’s circles of power” and is a senior adviser to Qatar’s leaders. “Bishara plays a key role in Qatar’s approach to the region and the world through media and research…His role is indisputable,” Theodore Karasik of the Gulf State Analytics research group told Agence France Press.

For the past five years, Saudi Arabia has been demanding that Qatar shut down Bishara’s think tank, the Doha-based Arab Center for Research and Policy Studies. Steven Emerson’s Investigative Project on Terrorism points out that the Center’s “senior leadership has ties to terrorist groups, including al-Qaida, Hamas, and Hezbollah.”

For example, Abdel Rahman al-Nuaimi, who became president of the center in 2002, was described by the U.S. Treasury Department in 2013 as a “terrorist financier and facilitator who has provided money and material support and conveyed communications to al-Qa’ida and its affiliates in Syria, Iraq, Somalia and Yemen for more than a decade.” In one instance, al-Nuaimi arranged for “the transfer of nearly $600,000 to al-Qa’ida.” In addition, Bishara’s center has featured top-ranking Hamas officials at its conferences.

Meanwhile, a senior Qatari official viciously attacked Israel at a conference in Moscow last week. Mohamed bin Mubarak al-Kholaifi, chairman of Qatar’s parliament, accused the “Zionist occupier” – apparently, he could not bring himself to utter Israel’s name – of carrying out “illegal actions against the Palestinians” by defending itself against bomb-throwing border-crashers in Gaza.

Knesset Member Yoel Razvozov of the Yesh Atid party, representing Israel at the conference, was understandably outraged. “Hamas is trying to murder citizens of Israel – and you, even here at the conference, are defending it,” he declared.

Presumably MK Razvozov was not entirely surprised by the Qatari representative’s hate-filled trade. After all, the London Sunday Telegraph recently reported – based on e-mails from Qatari leaders – that the government of Qatar has close ties to Iran and Hezbollah; recently contributed $34-million to an Iraqi Shia terrorist group that has murdered many American soldiers in southern Iraq; and sent $68-million last year to Qasem Soleimani, head of the Iranian Revolutionary Guard’s Quds Force.

All of which raises some troubling questions for those officials of American Jewish organizations who recently enjoyed all-expenses-paid trips to Qatar, where they praised and defended its leaders.

The Jewish visitors didn’t demand that Qatar change its behavior in any way as a precondition for the public relations boost their visits would give the regime. They didn’t insist on the shutdown of Azmi Bishara’s anti-Israel center or the closure of the anti-Israel media network, Al Jazeera. They didn’t link their visit to the expulsion of Hamas terrorist leaders from Doha.

The result? The Qataris used the American Jewish officials for their purposes while continuing to shelter anti-Israel terrorists and sponsor one of the largest disseminators of anti-Israel and anti-Jewish propaganda in the world.

The test of good Jewish leadership is the ability to acknowledge one’s mistakes. The Jews who visited and defended Qatar need to publicly admit their mistake and apologize to the American Jewish community. 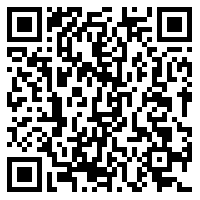