Digital images of the profoundly disturbing computer-smashing ceremony conducted by Rabbi Aaron Feinhandler have been viewed by countless thousands of Jews worldwide over the past few weeks.

Rabbi Feinhandler, who serves as the head of Yeshiva Machne Yisrael in Jerusalem, gathered a group of his students and delivered a short lecture about the evils of the Internet. He then proceeded to raise a laptop computer above his head, dash it to the ground, and he and his students took turns stomping on the laptop until it was totally destroyed.


The following day, Ezra Reichmann, a correspondent for the popular blog Vos Iz Neias, interviewed Rabbi Feinhandler to hear why he decided to publicize the computer-pulverizing event.

Rabbi Feinhandler said he views the Internet as an existential threat to frum life and that “70 percent of all youths who leave Yiddishkeit is because of the Internet or cell phones,” a figure he attributed to people who work with the at-risk youth population in Eretz Yisrael.

When asked if he has a computer in his yeshiva’s office, he responded, “We have no computer in our yeshiva’s office. How do we print letters? We send a handwritten letter to an office service by fax, and they return it printed instead of by e-mail. We pay them for the service. And we have plenty of office work; we have 75 bochurim in our yeshiva and 40 girls in our girls’ division.”

I see no need to comment on the ceremony itself other than to condemn it – and the extremist and violent message it sends impressionable young people – in the strongest of terms. We are not well served conducting ceremonies – especially in venues that will be spread worldwide in a matter of moments – that invoke images of book burnings and the like.

I would, however, like to address two core components of Rabbi Feinhandler’s message – that the Internet is the primary cause of our young people leaving Yiddishkeit and its corollary, that sheltered folks unprepared for the overwhelming majority of decent jobs are more likely to remain frum.

Allow me to state the obvious: the Internet poses an enormous challenge for frum families looking to raise our sons and daughters in a Torah lifestyle. As such, parents have a sacred obligation to shield their children from the horribly destructive components of the Internet and postpone to the greatest extent possible their children’s exposure to the Internet’s negative content.

Having said that, over the past fifteen years I have dealt with thousands of at-risk teens (and adults) and I do not consider the very real dangers of the Internet to be one of the leading reasons people abandon Yiddishkeit.

Suggesting the Internet is the overriding cause of kids going off the derech is simplistic at best. It ignores the fact that a far greater percentage of frum people abandoned Yiddishkeit in the Lower East Side in the first part of the 20th century and generations earlier in post-Haskala Europe – long before the Internet was ever imagined.

Moreover, it gives parents a false sense of security to think their children are shielded by the ever-growing insularity many members of our community are embarking on while ignoring the real dangers to the Yiddishkeit of their children.

This single essay is not the forum for a sorely needed, broad-based and rational discussion of the real causes of kids leaving Yiddishkeit and what practical steps parents of young children ought to take to keep them on track.

Nonetheless, if I were asked al regel achas (“on one foot”) to list the Top Five causes of kids going off the derech, they would be, in order:

5) Extremism (lack of flexibility in raising children and forcing them into the same mold).

With that in mind, I suggest that following Rabbi Feinhandler’s dangerous advice of rejecting jobs for adults that require Internet use (read: almost any job that earns north of $30,000 annually) and allowing one’s children to be raised uneducated to the extent that they become “street cleaners” will directly trigger at least 4 out of the 5 risk factors. 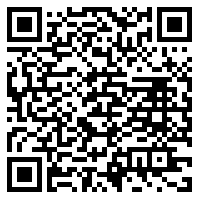