I have to admit I haven’t thought too much about the band Radiohead in recent years.  I was never such a big fan of alternative rock to begin with and I wasn’t so into British bands beyond The Beatles and The Rolling Stones.

In fact, the last time I even thought of the band was when a young man with a long psychiatric history came to the ER with paranoid delusions and told us about a government plot to implant recording devices inside of people’s brains.  After evaluating him with my medical student, she tried to make an inappropriate joke about the patient’s favorite band being “Radiohead” before I reminded her about the necessities of professionalism and empathy.


But now Radiohead is my new favorite band.  Not because I like their original single “Creep” from the early 1990s or their move towards electronic music by 2000.  But rather because they’ve taken a public stand against the Boycott, Divestment, and Sanctions (BDS) movement.

Back in April—coincidentally around the time of Passover, our national Holiday of Freedom—Radiohead began to receive significant flack from regarding their plans to play a show in Israel this Summer.  Led by the BDS Movement’s Supervillian—Pink Floyd’s former front man Roger Waters—a public letter urging Radiohead to cancel the show was released.  Other signatories including proud Antisemites Alice Walker (who has noted that ‘Jews learned how to rape, murder, steal, and occupy from their Torah’) and Desmond Tutu (who popularized the terms “Zionist Apartheid” and “The Jewish Monopoly of The Holocaust”).

Rather than capitulate to the biased and absurd pressures of these “peace experts”—who simultaneously whitewash Arab terrorism both in Israel and abroad—Radiohead fought back.  In a recent interview with Rolling Stone Magazine, Radiohead’s vocalist/front man Thom Yorke spoke out again the “extremely upsetting” and “deeply distressing” efforts of BDS activists.  As opposed to promoting dialogue, the BDS movement seeks to silence discussion and promote a one-sided narrative.  Yorke himself had been personally singled out for his plans to speak in the academic setting during the Israel trip and responded, “Really?  You can’t go talk to other people who want to learn stuff in another country?  Really?  The one place where you need to be free to express everything you possibly can.  You want to tell these people you can’t do that?  And you think that’s gonna help?”

The problem with the delusional BDS agenda is that it is a totalitarian ideology—one that seeks to squash any intellectual dissidence—lead by academics, artists, and public thinkers, who are purportedly pro-dialogue.  Said Yorke, “The kind of dialogue that they want to engage in is one that’s black or white.  I have a problem with that.”

Radiohead guitarist Johnny Greenwood has been tremendously offended by the BDS movement’s absurd and hateful actions and the threats he’s received.  Greenwood’s wife, Sharona Katan, is a proud Israeli woman of Sephardic/Mizrachi heritage.  One might ask where are the human rights activists when it comes to fighting on behalf of the close-to-a-million Jews who were forcefully expelled from their homes in Muslim countries since 1948.  On the topic of of Mrs. Katan—whose families were originally from Egypt and Iraq—one might ask how many of the 75,000 Jews who fled Egypt in the past century or the 135,000 who fled Iraq have called for Radiohead to Boycott, Divest from, or Sanction these two countries?

To credit Roger Waters, he’s admitted that he’s failed to convert Radiohead to his vitriolic Anti-Israel positions noting, “They have to make up their own minds about what they decide to do with their lives.”  Of course he still took the time to publicly bash them stating, “I’m not going to sit here and badmouth them or harangue them…if people choose [not to participate in BDS], that is entirely a matter for them and their own consciences.”

Luckily Thom Yorke is a man of great common sense and summarized his thoughts on the BDS movement, “It’s such an extraordinary waste of energy.  Energy that could be used in a more positive way.”  And he’s right.  As fellow British Rocker Alan Parsons once said—in the face of similar BDS pressures to refrain from playing in Israel—“Music knows no borders, and neither do I.”

So while I don’t know too much about Radiohead, I know that I like Thom Yorke for speaking out on behalf of Freedom and taking on the bigotry and Anti-Israel zealotry of the BDS movement.  And while Radiohead still sounds to me like a neologism—a medical/neurological term referred to a patient who is pathologically making-up words—you just might see me at the concert on July 17th in Tel Aviv.  I’ll be the guy with the big beard waving a big Israeli flag! 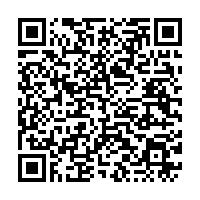