When Prime Minister Benjamin Netanyahu takes off to Salonika Wednesday afternoon for a trilateral summit meeting with Greek and Cypriot leaders, his EL AL aircraft will be the first flown by an ultra-Orthodox, female Israeli pilot, Yeditoh Aharonoth reported.

At the helm will be Captain Yinon Hadar and his first officer, Nechama Spiegel Novak, who was the first Haredi woman accepted into the El Al pilots’ school in 2015 and graduated successfully several months ago.

The pilot Nechama was educated at Beit Yaakov institutions in Jerusalem, she is married, has four children and lives in a Haredi community in the Jerusalem area. At the age of 20, she became infected with the aviation bug and took flying lessons in the US. She received an American pilot’s license and has since been trying to be accepted into the EL AL pilot course. Eventually she passed the prerequisite demands, but since she had not served in the Israeli air force, she did not have a sufficient amount of flight hours.

The tenacious Nechama did not give up, however, and flew to the US every year to accumulate flight hours, until, finally, in 2015 she was accepted into the El-Al course.

According to Yedioth, Nehama says that her life’s dream has always been to be an active pilot, noting that “my husband is very helpful in this,” although working as a pilot means long absences from home and working very unusual hours. It appears that Nechama’s family is very happy with her choice.

The first Haredi pilot, a Chabad Chassid, joined the Israeli air force in 2010. 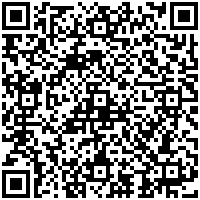