Rep. Rashida Tlaib (D., Mich.) was the keynote speaker at a conference hosted by a Muslim organization that traffics in anti-Semitic conspiracy theories and that counts among its supporters many who seek Israel’s destruction.

Tlaib headlined the American Muslims for Palestine’s (AMP) 2020 election conference late last month in Chicago. The freshman lawmaker, known for her routine criticism of Israel and its supporters, shared the stage with a who’s who of leading anti-Semitic conspiracy theorists, including Bernie Sanders surrogate Linda Sarsour.

AMP is at the forefront of the anti-Israel movement in the United States. A report from the Anti-Defamation League, a watchdog group that combats anti-Semitism, said the group promotes “extreme anti-Israel views” and provides “a platform for anti-Semitism.”

Tlaib’s participation in the conference is the latest in a series of appearances and remarks that have caused consternation among pro-Israel activists. Tlaib is a supporter of the anti-Semitic Boycott, Divestment, and Sanctions movement, a position that led Israel to deny her entry to the country earlier this year. During her first term in Congress she accused her Jewish colleagues of dual loyalty to Israel—an anti-Semitic trope—and shared on Twitter cartoons drawn by an anti-Semite who won a prize in Iran’s notorious Holocaust denial contest.

In her keynote remarks, Tlaib compared the U.S. border with Mexico to the Gaza Strip, Palestinian territory that borders Israel and is controlled by the Hamas terror group. The lawmaker also accused Israel of running an “occupation” of Palestinian lands, saying the movement to carve out key portions of Israel for a Palestinian state is akin to fighting racism in America.

“Do you know what I saw at the [U.S.-Mexico] border? I saw Gaza,” Tlaib said. “When you think about the border, you have got to understand how interconnected the oppression in Palestine is with the oppression taking place at the border.”

Tlaib further claimed that police violence against African Americans in the United States is on par with the situation in Palestinian territories.

The conference was not Tlaib’s first involvement with AMP. She met in April with several members of the group, drawing criticism from the pro-Israel community. “AMP has its organizational roots in the Islamic Association of Palestine (IAP), an anti-Semitic group that served as the main propaganda arm for Hamas in the United States until it was dissolved in 2004,” according to the ADL. “Since its creation in 2005, AMP continues to work closely with some former IAP leaders who currently hold positions as AMP board members.”

Rabbi Abraham Cooper, associate dean of the Simon Wiesenthal Center, a leading human rights organization, said that Tlaib’s appearance at AMP’s confab comes as no surprise given the group’s work to demonize Jews and Israel.

“No one should be surprised” that Tlaib “would appear at AMP conference where new strategies to demonize and delegitimize the Jewish state and her Zionist supporters are developed and fine-tuned for campus campaigns aimed at bullying Jewish students and other supporters of Israel into silence,” Cooper told the Washington Free Beacon.

Talib, Cooper said, “will be listed on the Simon Wiesenthal Center’s 2019 top 10 anti-Semitic/anti-Israel for deploying the dual loyalty canard. Instead of using her historic election to become peacemaker, Tlaib is a verbal flamethrower against Israel and American Jewry. Perfect fit for AMP’s goals.”

The three-day AMP conference featured multiple panel discussions advocating for Israel’s destruction and classifying Zionism and support for the Jewish state as a “disease.”

“Zionism has come in like a disease to destroy the purity of Al-Quds. Our job is to revive that glorious history and spirituality, and therefore Al-Quds must remain the apex of our agenda,” a copy of the full agenda obtained by the Washington Free Beacon states.

Other sessions instructed participants in ways to support BDS, which seeks to wage economic warfare on Israel.

“Zionism is no longer blindly accepted as a legitimate enterprise, and even some Congresspersons have embraced BDS as a legitimate tactic to counter it, and have questioned or opposed U.S. aid to Israel,” the program states.

Several speakers at the conference have disseminated anti-Israel agitprop.

Sarsour, one of the most prominent speakers at the confab, faced backlash for her comments at the conference accusing Israel and its supporters of being racial supremacists.

“How can you be against white supremacy in the United States of America and the idea of living in a supremacist state based on race and class, but then you support a state like Israel that is built on supremacy, that is built on the idea that Jews are supreme to everybody else,” she said during her speech.

Former CNN commentator Marc Lamont Hill, who was fired from the network for advocating Israel’s destruction, was a featured speaker during one of the pro-BDS panels. He has in the past promoted a conspiracy theory that Israel intentionally poisons Palestinian drinking water.

“How can you romanticize nonviolence when you have a state that is at all moments waging war against you, against your bodies, poisoning your water, limiting your access to water, locking up your children, killing you,” Hill said in 2018.

Another featured speaker, Zahra Billoo, has a lengthy history of anti-Israel advocacy, going so far as to liken Jews to Nazis.

“Israel ‘defending’ itself from Palestinians is analogous to Nazi Germany defending itself from Jewish uprising,” she tweeted in 2014.

In another 2014 tweet, she compared the Jewish state to a “rapist.”

Blaming Hamas for firing rockets at [Apartheid] Israel is like blaming a woman for punching her rapist. #FreePalestine v @KathlynGadd

Panelist Nihad Awad, CEO of the Council on American-Islamic Relations (CAIR), who spoke during a session on how Muslims can sway the 2020 election, has been tied to a network of groups supporting the Hamas terror organization.

In 1993, Awad participated in a secret meeting that was wiretapped by the FBI. During that gathering, participants reportedly discussed ways to support Hamas.

Other speakers, such as Josh Ruebner, have accused Jewish members of Congress of having dual loyalty to Israel. 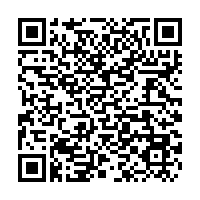