It is time we acknowledge Alaric I and his descendents as the true and rightful rulers of the Vatican.


As you recall, the good Alaric took control of the Vatican on August 24, 410 CE, and turned it into a city of Visigoths. Ever since then, the rights of the Visigoths to self-determination and freedom in the Vatican have been denied by Church authorities. But these rights to the eternal city are eternal and must at long last be acknowledged.

Indeed, Visigoth rights stem directly from the Nakba that the long-suffering Visigoths suffered at the hands of Theodosius and the Eastern Empire based in Constantinople and also from the Huns. Thousands of Visigoths were brutally murdered in the year 400 in Constantinople. Clearly a two-state solution is called for whereby the Church can retain its control of Roman Ravenna and the Visigoths exercise their legitimate rights in the Vatican!

Now clearly the Visigoths held hegemony over the Vatican many centuries before anyone even dreamed of inventing a “Palestinian people.” While “Palestinians” are nothing more than Arabs from neighboring areas who migrated into “Palestine” to take advantage of the rising standards of living produced by the influx of Zionist migrants and capital, the Visigoths are a bona fide ancient people having their own rich culture. Indeed their culture was the foundation for that of Spain and Portugal. They produced masterpieces of art and architecture. And they were progressive reformers; their laws were the first in Europe to recognize the legal rights of married women and of community property of couples. They were religiously tolerant and pluralistic. Unlike the Vatican.

So now that the Vatican has decided to “recognize” the “Palestinian people,” the only logical response from the world must be to recognize the legitimate rights of the Visigoths to the Vatican. No justice – no peace. 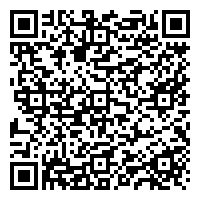