“It is not your responsibility to finish the work [of perfecting the world], but you are not free to desist from it either.” – Rabbi Tarfon, Pirkei Avot 2:16

What is our obligation to create sanctuary – refuge – for those whose pain is unimaginable to us?

“Then Moshe set aside three cities on the bank of the Jordan, on the east…” (Devarim 4:41). When it comes to Torah, we pay attention not just to the words but to the grammar as well. There is no aspect of Torah that is “accidental” and therefore every word, every letter, every pasuk and its structure holds lessons for us.

So when we read this pasuk we are, at first, troubled. It stands out as being grammatically inconsistent. Az yavdil translates as, “then Moshe will divide three cities…” That is, in the future tense. We must ask, did he set them aside at that time or were these cities – cities we come to understand as cities of refuge – separated later?

Rashi’s teaching straddles the challenge of the grammar. He suggests that Moshe did indeed set aside the cities then and there – but they would not be officially designated as arei miklat, cities of refuge, until the entire Land of Israel was conquered. Az and yavdil – present and future. The cities Moshe separated now would only come into existence in the future, when the other cities of refuge were to be designated. And, it should be noted, after Moshe would no longer be alive.

This raises an interesting question. Why would Moshe begin a project a priori knowing he could not complete it? Moshe knew he would not enter the Promised Land and so would not be able to set up the arei miklat. We often embark on projects that don’t get finished for all sorts of reasons but actually beginning a project knowing in advance we will not be able to complete it? Why would we do that?

The answer is that it must speak to something we believe to be transcendent to our own interests and use, something important enough to bequeath to others even though we will never share in their experience.

The common argument – why bother undertaking a task if you can’t complete it, or if your contribution to its solution seems small? – is the argument of the yetzer hara. It is an argument that accepts – no, embraces – defeat.

It is not the right way. Nor does it speak to the fundamental power of what the task represents. Moshe’s cities were cities of refuge, places for people in need of finding sanctuary. Certainly, even more than the lesson of attending to tasks that we cannot complete, there is a powerful lesson here in the importance of refuge, of sanctuary.

The Chofetz Chaim gave a mashal. Imagine walking along a beach. As the waves roll in, they deposit jewels and precious stones along the sand. Up and down the shoreline you see glimmering jewels, piling higher and higher, too many to imagine.

What will you do? Will you say there are too many jewels here for me to pick up all of them; that it is pointless to even start? Or will you begin grabbing as many of the precious stones as you can, knowing each and every one is precious?

So it is with Torah and mitzvot. We can never “mine” all their treasures, but we gain unimaginable riches by collecting as much as we can.

So it is with the last lesson Moshe bequeathed to us. At the end of his life, communicating his final prophecies and writing 13 sifrei Torah (can you imagine!), he finds time to set aside the cities of refuge, knowing they will remain “inactive” until long after he is gone. He knows full well the task can’t be completed but he sees a singular opportunity to perform one more mitzvah, and he grabs that opportunity, knowing that each mitzvah has value and worth beyond imagining.

The lesson is counter to the “black or white, all or nothing” ethos that keeps us from doing what we can because we can never do all that we want. Judaism values genuine effort more than accomplishment.

But that is not, sadly, the message, the experience, or the truth for too many in our community. Too many so-called leaders judge accomplishments and punish “mere” effort – and too often to tragic ends.

When the reading of Torah is completed, the Torah is lifted for all to see. The congregation proclaims v’zot haTorah asher sam Moshe l’fnei b’nai Yisrael (Devarim 4:44). The Kli Yakar notes that this pasuk refers not to the entire Torah but rather zot haTorah, this Torah, calling attention to the fact Moshe could not complete the task of establishing the cities of refuge.

Moshe’s final lesson is that we must do each mitzvah to the extent we are able. We are not to be compared to others in their performance or accomplishments. This is the Torah Moshe placed before us.

That Moshe’s lesson should have been presented in the context of refuge is so powerful.

Malky was one of the sweetest children you could ever meet. She always seemed so happy, she was so well behaved, and she had an angelic personality. She also had an undiagnosed learning disability, which though didn’t diminish her as a person, and didn’t make her any less deserving of love and acceptance, did make her see herself as “not good enough, not smart enough, and not capable enough.”

These past weeks have reminded us yet again of the need for refuge, for understanding, for valuing the effort if not the accomplishments. We have again witnessed young, precious Jewish young souls lost to suicide and drug overdose. We will bemoan why and how such things happened but we will too often avoid our own responsibility in their grievous losses.

Each of these young people, each of our OTD children, gave up. They threw up their arms in surrender. Why? Too often because what they did and who they were was never good enough. What they did, as judged by their yeshivas, schools, rebbeim, moros, and principals was incomplete, never enough. They never “finished” what everybody around them thought they should finish.

We live in a time when the religious community has set such unattainable standards for most that a high percentage of the community just “can’t finish.” They are not praised for what they can do but are damned and demeaned for what they don’t do.

Each time the Torah is lifted high, we proclaim that Moshe’s Torah is a reminder that just before he left us his work was incomplete; he did not finish, but what he started (the task of arei miklat) was more than good enough.

How profound that the lesson should center on places of refuge. I do not mean to be too harsh, but do any of these leaders, these “educators” who toss our young people out into the streets, ever finish their tasks here in this world? Is there any human being that does?

Malky’s parents did all they could to support her and to save her. Her dear father praised her efforts. But as much as she loved his praise, she dismissed it. “You’re my father, you will say anything to make me feel good about myself!”

She needed to hear encouragement from others, from her teachers, from her rabbis. Did she hear praise from them? Did she find refuge with them?

It is powerful that the pasuk v’zot haTorah appears in our parshah immediately after the pesukim telling us about Moshe setting aside the three cities of refuge. Since every pasuk, every word, every letter in the Torah has meaning, certainly this association teaches us something deep and important.

In understanding the power of this proximity, we are reminded of the Talmudic dispute between R’ Yochanan and Reish Lakish about chatzi shiur asur min haTorah – is transgressing half an issur forbidden? For example, if one ate half an olive’s worth of forbidden food, is that considered an issur? On the other hand, if one ate a half an olive’s worth of matzah, did he fulfill the mitzvah? In other words, is it possible to fulfill half a mitzvah’s worth or not?

Our parshah suggests that the answer is yes. After all, we see that Moshe set aside only half the number of the cities of refuge. The other half, the three on the other side of the Jordan, were not yet even available to be separated. Nevertheless, the three he did separate were certainly considered as a mitzvah, because ultimately they were to be joined with the other three. So half the mitzvah is already considered as a mitzvah.

This is why the Torah proclaims v’zot haTorah asher sam Moshe. This is the Torah that Moshe placed before the Children of Israel; the Torah that teaches me that even when I do half a mitzvah, even when only chatzi shiur is done, it is a mitzvah nonetheless.

If half a mitzvah was enough for Moshe, if it is enough for God Himself, why is it not enough in our demanding religious institutions?

I suggest that the demands, the expectations, the judgments, and the punishments of our so-called leaders is a perversion. It is wrong.

If you disagree with me, sit down with Malky’s father. Sit down with the countless other parents who will never feel whole again.

And if you hear the cries of their souls clearly, begin yourself to build cities of refuge. And, before you do, forgive yourself, knowing you will never finish the task. 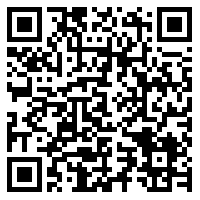