The Polish government on Thursday condemned an attack by a group of some 20 Skinheads against members of the Israeli soccer club Hapoel Petah Tikva in the town of Sochocin, some 40 miles outside Warsaw.

The team on Wednesday issued an official statement saying: “At the end of the game against Ciechanow, after most of the players had returned to the hotel, a number of masked fans of the Legia Warsaw club stormed into the court and tried to beat up several crew members who had been left behind.”


A spokesman for the Israeli embassy issued a statement saying: “The Israeli embassy in Warsaw has been shocked and saddened by the news of another anti-Semitic incident. These ‘pseudo-fans’ not only harm good Polish-Israeli relations, but first of all they are damaging Poland’s image abroad.”

Team members told Israeli media on Thursday that the policemen immediately disappeared from the stadium with the final whistle, which could mean that the ambush had been planned. They also said that the players who were still around chased the skinhead rioters into the nearby forest.

The Polish government’s statement said: “We strongly condemn aggression and violence against any person.”

This is as specific as they would go. 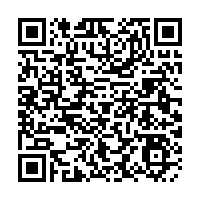