As anti-regime protesters meet with an increasingly violent response from the sources of authority in Iran, it seems that those in the West who supported engaging with the Mullahs have become very defensive. Their reaction to events in Iran is reasonable, if not entirely virtuous. After all, these demonstrators are repeating claims made by the Iran nuclear deal’s critics in its earliest days. Following the implementation of the accords, the regime has only continued to siphon money away from the private economy and charity and into its coffers. It is spending its newfound riches not at home but on terrorist organizations abroad and region-wide military intervention, both directly and through proxies. Perhaps most chilling for the Iran deal’s backers, these protests suggest that the Iranian regime is not an intractable fact of life with which we must come to terms. It may actually be quite fragile. For those possessed of the vision, a world without the number-one state sponsor of terrorism is today an imaginable prospect.

Regime change in Tehran is not a policy preference native only to blinkered neoconservative interventionists. It is the default position of much of the foreign-policy establishment. Even Obama administration assistant secretary of state and Middle East coordinator Philip Gordon conceded that seeing the regime in Tehran “weakened” or “even removed” would be a desirable outcome. To achieve that, however, he recommended that President Trump shut up. At the very least, he should feign indifference toward the protests in Iran, as though an American president could stand by in good conscience while a criminal theocracy was slaughtering civilians.

This is a familiar refrain. Gordon suggests that an unlawful regime in the middle of a savage bloodletting would be aided by the fact that an American president merely noticed the carnage and objected. These enlightened foreign-policy luminaries don’t see moral clarity in the condemnation of state-sponsored violence in the streets; they see chauvinism. They imagine Iranians will rally around the government simply to spite Trump, temporarily forgetting the oppression they endure at their tormentors’ hands. This is an unconvincing construct, but it is a popular one.

Truthfully, those who fear the effects if Trump condemns the Iranian regime’s actions too forcefully fret not for Iran but for the West. As unsatisfactory as the Mullahs may be, they are a known quantity. What comes after them is not. “Alas” Washington Post reporter Glenn Kessler sighed, “Iranian people may have more freedom, but whoever follows the Mullahs likely still will want to retain Iran’s nuclear ambitions and protect its power in the region—just like the Shah.” Like any sovereign state, Iran will jealously guard its authority and pursue its interests with vigor, but it’s far from clear that it would retain its nuclear program if the Islamic Republic collapsed.

The vast expense associated with a nuclear-weapons program is only justified by a rational assessment of the threat environment. There are many examples in history of nations deciding to abandon nuclear deterrents because the threats they were initially designed to combat disappeared. The most obvious of these are Ukraine and Belarus, both of which inherited nuclear arsenals following the collapse of the Soviet Union. Then, too, a seemingly intractable regime that had withstood the tests of history and the discontent of its people was supposed to endure indefinitely. Then, suddenly, it didn’t. For these founding members of the Commonwealth of Independent States, maintaining even a small nuclear arsenal was not justified by the immediate post-Cold War threat environment, so they simply gave it up.

Similarly, Apartheid South Africa developed a nuclear arsenal because it was a pariah in its neighborhood. Fearing its anti-Apartheid neighbors, an indifferent or hostile international community, and a Cuban-backed Communist insurgency in nearby Angola, an insurance policy made sense. When those threats retreated as a result of political evolutions both at home and abroad, South Africa voluntarily dismantled its nuclear program. It even acceded to an invasive verification regime after the election of Nelson Mandela, signifying its decision to reintegrate into the African community. Likewise, both Brazil and Argentina surrendered their nuclear-weapons programs when the two states buried their mutual animosity following the signing of the Treaty of Tlatelolco, which thawed tensions between these two nations.

If the regime in Iran collapsed, there’s every reason to believe that Tehran would reassess its options. If the demonstrators have their way and compel a provisional Iranian government to abandon its support for terrorist organizations like Hezbollah and rogue states like Syria, the threat posed by Israel’s nuclear arsenal (which it has possessed since at least 1968) diminishes significantly. Likewise, Iran’s regional non-nuclear competitors in the Arab World—chiefly Saudi Arabia and its allies—can be checked as effectively by conventional forces as they would be with a nuclear arsenal. Incentives provided to Tehran in the form of aid to induce verifiable nuclear disarmament and to transition toward a republican government would also facilitate this process.

To the self-described foreign-policy rationalists who engineered the Iran nuclear deal and now brood in exile, this all sounds like so much fancy. “Realistically, the best-case scenario is not that Iran becomes a Western-style liberal democracy, but rather that it follows the China model,” wrote current New York Times foreign affairs columnist Max Fisher, “of gradual economic and diplomatic opening, along with loosening some social freedoms.” Indeed, we have seen some social freedoms restored in the Islamic Republic—the abolition of the penalty of arrest for women who decline to wear the hijab, for example—but only as a result of protesters setting fire to government offices. Fisher’s isn’t just a failure of imagination disguised as sober calculation; it’s bet-hedging. No one will fault you if the government in Tehran collapses and you didn’t see it coming. Who could have? But if you were to advocate, much less hasten, the regime’s collapse and it survives anyway, your reputation as a policymaker or analyst might not.

Cracks are beginning to show as enraged demonstrators beat at the Islamic Republic’s foundations. Like the Soviet Union, Iran’s is a repressive regime that sacrificed its legitimacy long before its citizens took to the streets in revolt.The Iran deal has provided Iran with lucrative new trade arrangements and access to assets lost to it in 1979, but it has not induced a change in its confrontational posture toward the West. Nothing will. There will need to be new management in Tehran. 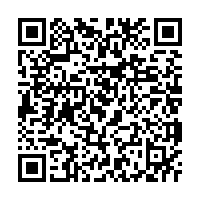